The complexity of human relationships is the focus in Harold Pinter’s Betrayal playing at the Junction Theatre in Al-Serkal Avenue from the 1st to 3rd of April 2021. This meticulously staged production, 90 minutes with an interval, dissects the dynamics exist between husbands, wives, and lifelong friends. It has been officially licensed from the Broadway version which ran over the past year in UK and USA.

Post the pandemic, this is Tall TalesProduction’s first full length and will performed adhering to all COVID regulations to ensure a safe environment for the audiences who come to watch the show.The three main characters, Robert, Emma and Jerry, take the audience on a very curious journey interwoven with wit, drama, love and deceit. Pinter starts with two ex-lovers meeting after several years, talking about romantic moments they shared and wondering if they are doing well now without each other.

Sikendar Hemani, the young director making his full-length directorial debut with the production states, “I believe that a man is born on the day he finds his passion. I discovered mine in the empty classrooms of my university. I spent the better part of last 8 years building up my credibility as an actor, director and a filmmaker. And in this pursuit of my passion I am taking the next big step as a full-length play director for Tall Tales Production of Betrayal.

We caught up with actors Asad Raza Khan, Meghna Mundkur and Ahmar Iqbal on what Betrayal means to them.

What is the hardest part of Betrayal? 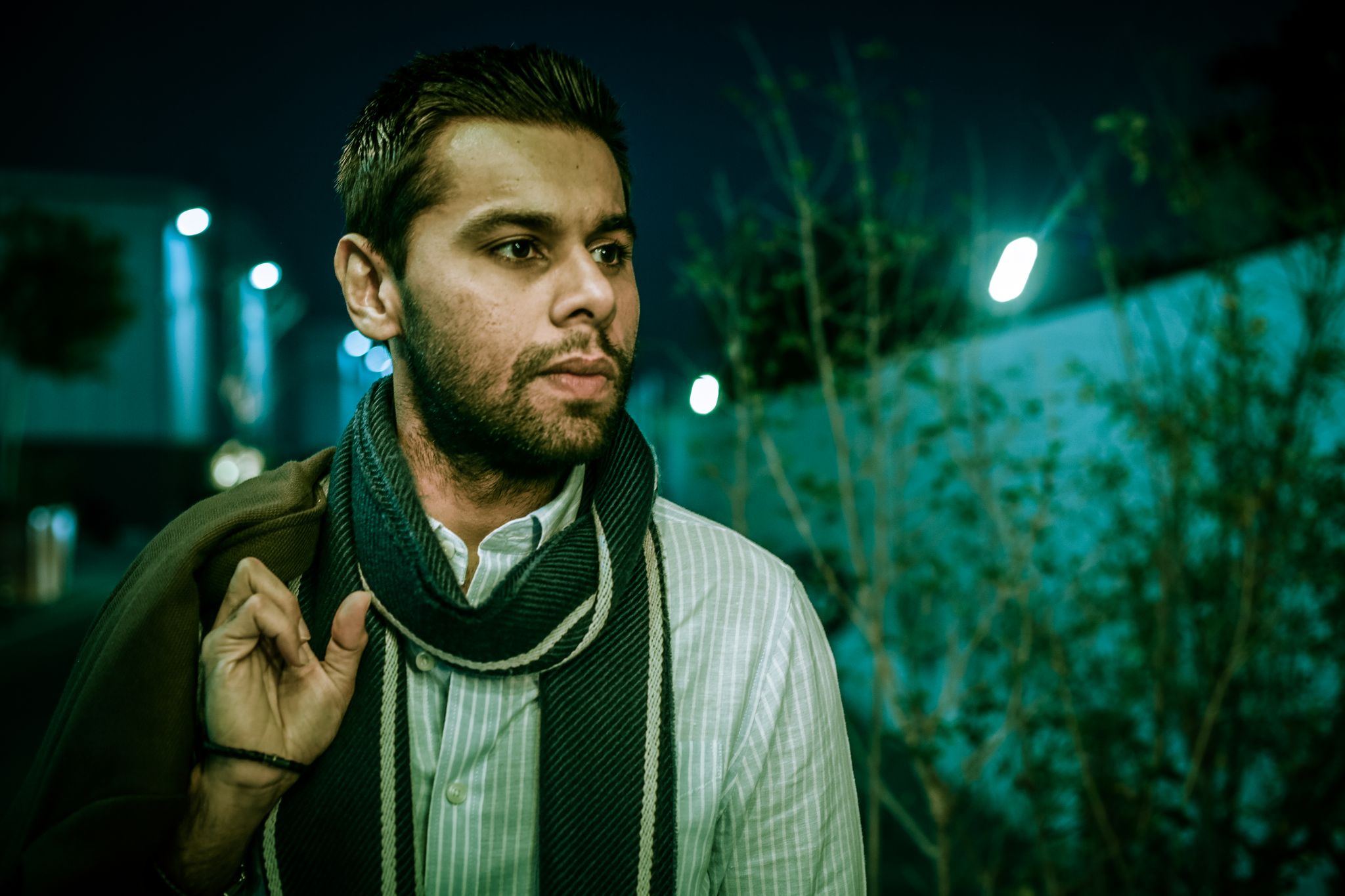 ASAD: Pinter is a genius. He says more (or leaves more to imagination) with his pauses and silences, than even his words. Every instance of a break in the script speaks volumes of what the characters are going through. The toughest part as an actor is to correctly depict and portray the true essence of the character of what Pinter is showcasing. Plus, personally as an actor, learning lines is always challenging for me, and with a fast-paced script like Betrayal, it is even more daunting!

MEGHANA : The hardest part about a script like Betrayal is understanding and emulating the various quintessential subtexts that Harold Pinter is known for. The real emotion lies between the lines or in the pauses and silences. To convey guilt, love, expectations, accusations and an array of emotions while not really saying anything at all or saying something but what your character means is something entirely different has been quite a challenge for me as a performer.

AHMAR : Interpreting, analyzing and performing a script by Harold Pinter, which is arguably also the most exciting part. He has such a distinct and unique style.

How did you overcome it? 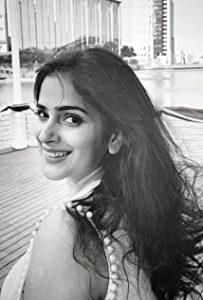 MEGHANA: Studying the script and its nuances and not just mugging the dialogues has helped considerably. Noticing even everyday conversations I have with friends, observing body language etc. Tapping into the subtleties of everything around me has helped me then carry it into the play as well. Honestly, how often do people actually say what they truly mean?

ASAD: Thorough research on Pinter, extensive studying of the previous versions of the play, deep dive into the script, and a cast and crew which have helped me every step of the journey.

AHMAR: By immersing myself into the world of Pinter with background reading and watching of his work, looking into prior performances of Betrayal, as well as related artists. Found myself viewing productions like Krapp’s Last Tape by Beckett and movies like The Remains of the Day

What did you learn from it ? 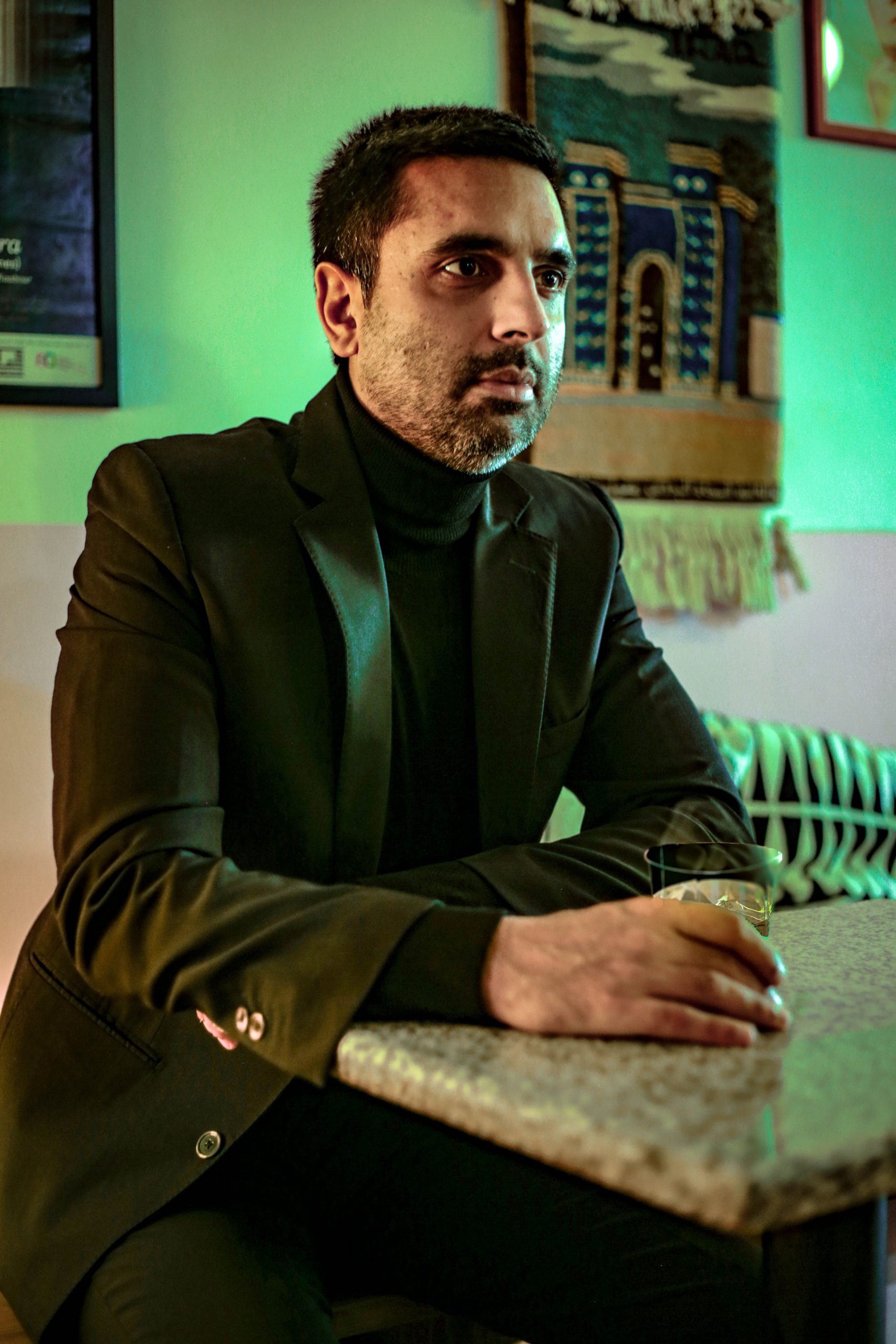 AHMAR : While there are common themes prevalent in Pinter’s work, the beauty of Betrayal is the freedom, flexibility and space it gives to an actor to make choices about a character and his or her motivations based on the text – choices that have deep ramifications for how the play is ultimately performed and viewed!

MEGHANA : The learning continues. I think learning from a play or theatre in general never ends. With Betrayal, I’ve learnt a lot about restraint and subtlety as a performer.

ASAD : As a human being I believe we are perpetually learning. Every instance whether it be a moment in our rehearsals, a line which I have read 10 times but suddenly holds new meaning, emotions that a co-actor brings which completely changes the dynamic of a scene and my interpretation of it – all teach me something. With Betrayal I have perhaps understood the human psychology of the struggle between balancing a mundane reality and selfish desire the most.

The shows in Dubai will be performed on the 1st to 3rd of April 2021 at The Junction Theatre in Al-Serkal Avenue. There will be an evening shows at 7 30 pm each day with a special matinee show on Saturday 3rd of April 2021 at 3 pm as well. Tickets are available online at www. Bookmyshow.ae with limited capacity due to COVID measures. The venue adheres to strict COVID protocols to ensure a safe and secure environment for the audiences.