Bobby Deol had recently taken to his social media with a similar looking picture of his younger brother Abhay Deol and himself made by a fan page, and stated: “It’s high time we do a film together Abhay Deol.” And looks like the fans have loved the suggestion. 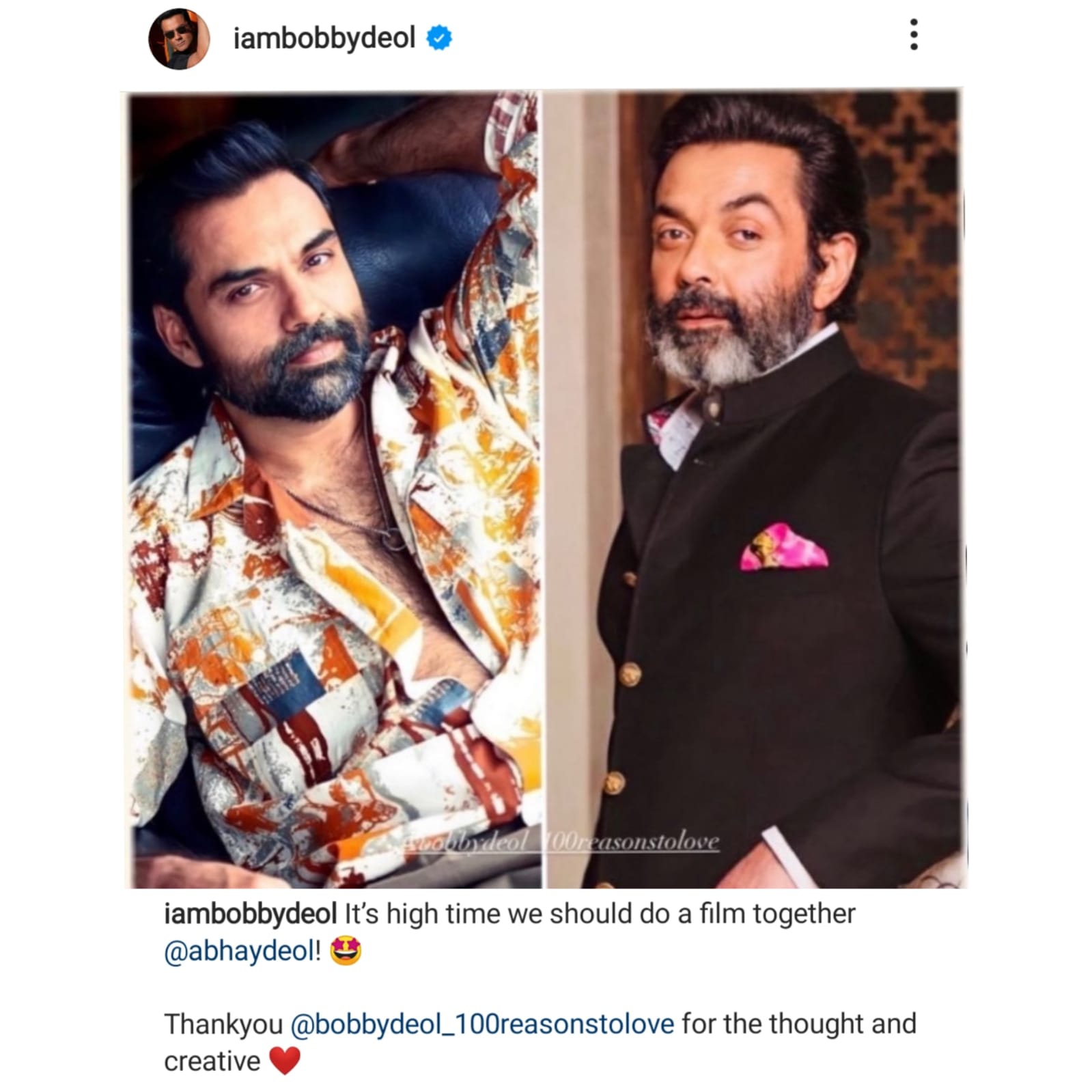 Interestingly, while Bobby has starred together with elder brother Sunny Deol, the two talented Deol cousins have never shared screen space. But going by the feedback the post garnered, it won’t be surprising to see them team up for a project sometime soon.

Meanwhile, Bobby has been much appreciated for his OTT outings Ashram and Class of 83, where he played two extremely different characters. Abhay too has been garnering praise for his OTT films including Line of Descent and series like 1962: The War in the Hills and JL50.