Spirited and brutally honest, the super-talented Kanika Kapoor speaks straight from the heart in a candid chat with Aakanksha Naval-Shetye

Kanika Kapoor’s simply unstoppable! From the time she first burst onto the music scene with her superhit single ‘Jugni Ji’, and followed it up with her Bollywood debut song, the chartbuster ‘Baby Doll’, there’s just been no looking back for this power-packed songstress. A stunning voice with the gorgeous looks and a sassy attitude to match, she has in less than a decade become a name to reckon with in the music industry. A devoted mother and an entertainer par excellence, in an exclusive interview with Aakanksha Naval-Shetye, our Digital Cover Star for December, the melodious singer Kanika Kapoor talks all about juggling her many roles with elan and also reveals why she’s not giving in to the temptation of facing the cameras inspite of the many offers coming her way!

“We have to play with the cards we’ve been dealt with and
play the hell out of it!” – Kanika Kapoor

Yes and it feels amazing, though I still can’t get used to it (laughs). It feels nice and I’m very grateful that I have a job that I love and it keeps me going. It doesn’t give me time to think about anything negative. So, life is going good, it’s fun! I love my job and I’m glad that things are all back on track.

From Live performances to playback singing to singles, what is it that excites you the most…

What excites me the most are two things – One when I’m in the studio and I have a rested voice and I’m able to hit that note, and get that emotion right, which does not happen all the time! And then when I’m on stage, if I’m able to grasp the mood and emotion of the audience, that is exciting. For a performer, a singer, it’s a very important thing, it’s quite a high to be able to do that. It gives you a lot of confidence, a lot of satisfaction. Sometimes, you could be on the biggest stage in the world and if you’ve not performed well, you come back to your room and you’re like, I mean I have been through moments when I feel I have done the best today, even though it could be that I’m missing my family or I’m feeling down, and still perform and entertain and that’s what a performing artiste’s job is to do. So it has its moments, but I like both. I would say, why not.

The indie music scene has rocketed during the pandemic, would you say as an artiste it gives you more creative freedom as against playback singing?
It does, but I think they both have their own charms. Sometimes when it’s a big film and a bigger production house and they have the budgets to really bring the best on board and work together it works out fabulously well. While, sometimes if you are working on independent music, you really have to bring in all your ideas, and get people together, it can be quite a task because it happens very rarely that you are the one to distribute the song, so that team is very important and it becomes extremely difficult to make sure that people hear your music in today’s day and age. So, there’s no one over another here.

As a mother and an artiste how is it juggling home and work between London, your live shows and recordings in Mumbai?

I don’t know. To be honest, it’s a constant struggle and I feel there are days that I’m extremely happy doing things that I’m doing and then there are days that I feel why am I doing this and I start to give up. So on a good day, it’s just like you are in heaven and on a bad days, it’s like hell. So it’s not easy, it’s a constant struggle to be a good mother, I mean I have three children who are constantly in need of their mum with school, with personal lives, I have parents who need me too and I have a career, which is extremely busy, so to juggle all of that together is a struggle. A lot of people sound very positive, I am very positive too, and I’m very grateful but the reality of it is that all that glitters is not gold,

So what do you do when the going gets tough on some days?

I go quiet and sleep a lot. The only way to recover is a good sleep, because the only reason you feel it’s a struggle is when you’re tired and you’re overdoing it. So I just try to meditate and sleep, because when I wake up from that, I’m rested and I have more clarity to take the decision of what next. For me that’s what works.

“I don’t think if I would’ve started young, I would’ve been as successful as I’m today.” – Kanika Kapoor

Within a short span of less than 10 years, you’ve reached on top? Do you ever wish if you’d have started your professional journey earlier you’d be even more successful?

I think I actually am one person who doesn’t regret whatever happens in life, you know the good, the bad, the ugly. I believe in karma and I think we all have to deal with the cards that we’ve been dealt with. And we have to play with the cards we’ve been dealt with and play the hell out of it. So to think of I had children when I was very young, I was a teenager! Yes it was very young and it was tough, but I’m equally excited that I am a young mother and I can today hang out with my children, and they’re like my friends and I’m enjoying them so much more. It’s like we’re growing up together. And I don’t think if I would’ve started young, I would’ve been as successful as I’m today, because I think with everything that I went through in terms of emotionally, what I learnt from my 10 years of being in a relationship and everything it just made me so much more connected emotionally that I think that is the reason of my success. Because when I sang ‘Yeh duniya pital di’, I actually meant it! It was an emotion, not just that line that was a success, it was that emotion in the song and in many other songs. I feel there could be greater singers who could sing better than me, but it’s an emotion that connects with people. So I think I started at a time that God thought I was ready to start. And I was able to achieve, what I could achieve in a few years, that I think people achieve in a lifetime or maybe not. So I’m very grateful and so excited that I have learnt so much. From being just a housewife, who’s never really had any exposure to in terms of showbiz, to be able to face people and be on stage and entertain them. It was a very big deal for me, it still is a big deal for me. Whatever happens, happens for good and I don’t believe that there is something called success with age. 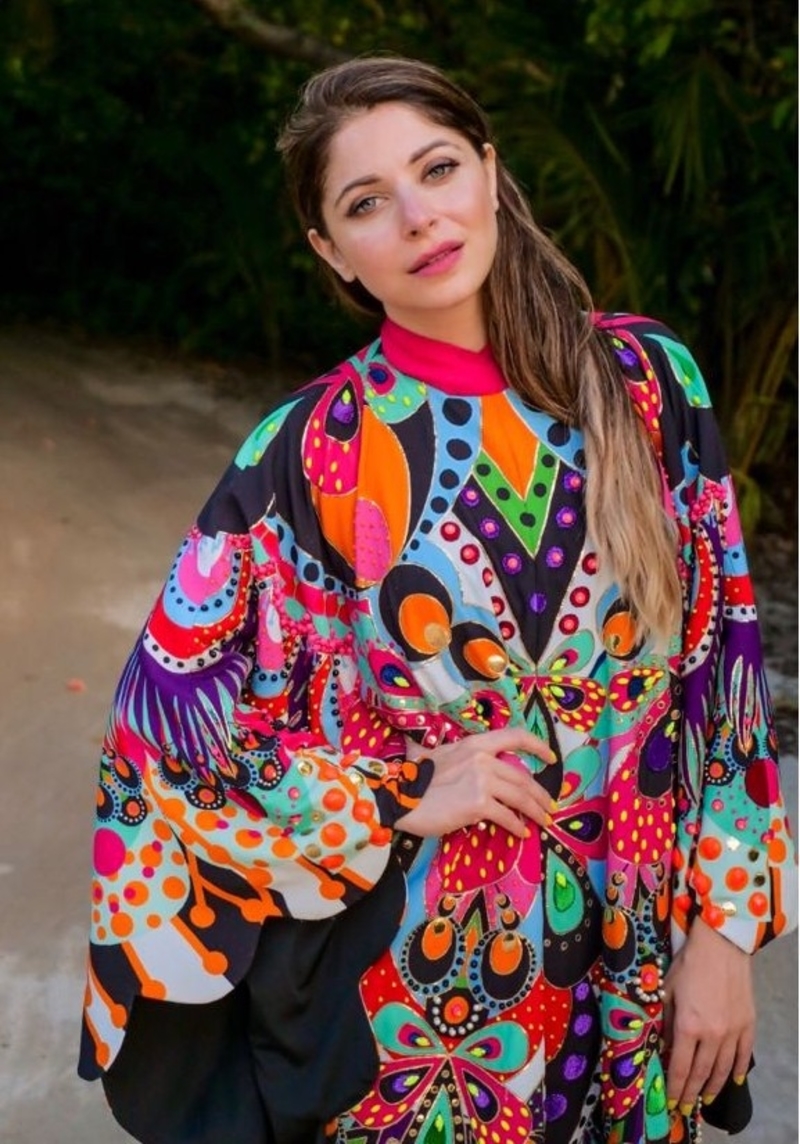 So what is success for you?

I feel you are very successful if you are calm and happy and content at any stage of your life. You could be 20-years-old and you could be world famous and you still don’t feel like you’ve made it. Or there could be a 40-year-old who’s had one third of that success and is still very content and feels a lot of gratitude. So I think it depends from person to person. For me I’m very successful, because in my heart, I’m very content and happy because my children have been brought up very well and happy, my parents are happy and healthy, I am happy and healthy. People around me, people who’ve been with me for six – seven years since the time I started, they are happy and that’s what matters. That’s greater success than running after something called success.

You are one of the most gorgeous singers. So what about facing the camera as an actor?

Do you have any favourites among the actresses you have sung for?
Well, I have sung for most of them, but I love Deepika (Padukone) in ‘Lovely’ (Happy New Year) I loved what she did with that dance of hers. That was crazy and I love all of them. Alia (Bhatt) and Kareena (Kapoor Khan) in Udta Punjab on ‘Da Da Dasse’. It went really well with them. Then of course there’s Sunny Leone, Sonakshi (Sinha). So quite a lot of them.

Is there any artiste you want to collaborate with?

To be honest, I’m more of a picker of new talent. When I came into the limelight I was a new talent and I feel it’s so important to push new voices to come up because there are so many incredible voices in the world that need to be heard. And to collaborate with them and give them a chance is something I’d rather do than collaborate with someone who is already established.

Tell us more about your upcoming projects?

Well, I’ve just had a release and there’s a great line-up of songs that I’m very excited about.

Are you happy with the kind of songs coming your way?

I think in the last couple of years, it’s not been as satisfying as before. I wish there would be more meaningful and deeper songs, because I just keep getting these item numbers which is amazing too, because I do like to make people dance and be happy… But I would also like to do some more meaningful songs.

Which of your own song is your all-time favourite?

0
Aakanksha Naval-Shetye December 27, 2021
No Comments Yet