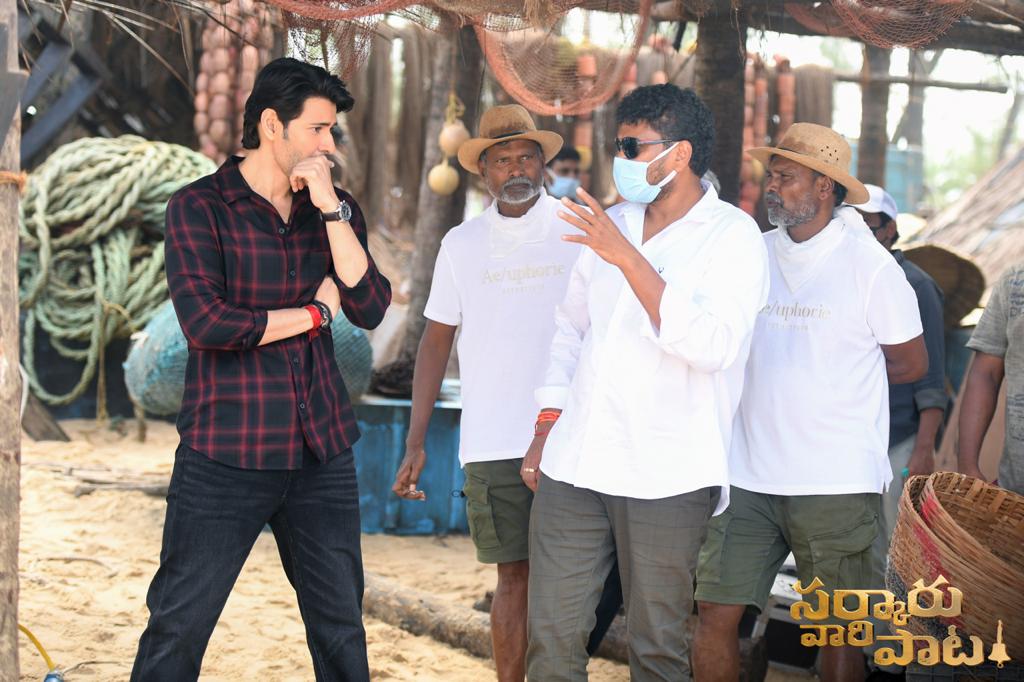 Mahesh Babu presented a memorable birthday gift in form of Sarkaru Vaari Paata’s Blaster that was unveiled on the super special day to thumping response from fans. The South star appeared at stylish best in the video. Director Parasuram too won brownie points for presenting Mahesh Babu in an entertaining role.

Now the latest update on Sarkaru Vaari Paata is that the film has completed their schedule in Hyderabad well on time and have begun a new schedule in Goa. A huge set was erected and the makers will film an action sequence under the supervision of Ram-Lakshman. Major cast of the film is participating in the shooting schedule in Goa.

A working still released by the makers show Mahesh Babu, Parasuram and Ram-Lakshman fight masters discussing about the action sequence being shot in Goa.

Sarkaru Vaari Paata is jointly produced by Naveen Yerneni, Y. Ravi Shankar, Ram Achanta and Gopichand Achanta under Mythri Movie Makers, GMB Entertainment and 14 Reels Plus banners. Besides Mahesh Babu, the film also stars Keerthy Suresh, Vennela Kishore, Subbaraju and others. Thaman SS renders the sound-tracks for the film, while R Madhi is the cinematographer. Marthand K Venkatesh is the editor, while AS Prakash is art director. Sarkaru Vaari Paata is scheduled for release on January 13, 2022.