The makers of South star Mahesh Babu’s highly -anticipated flick Sarkaru Vaari Paata have released a new look poster ahead of the actor’s birthday on August 9. The birthday blaster is announced to be out on the actor’s big day. Directed by Parasuram Petla, the film presents Mahesh Babu in an interesting stylish look. In the poster released, he is seen stepping out of a red-coloured luxury car, while sporting a small earring, long hair and a one-rupee coin tattoo behind ear. The film that also stars Keerthy Suresh is a Sankranthi release and is set to hit theatres on January 13, 2022. 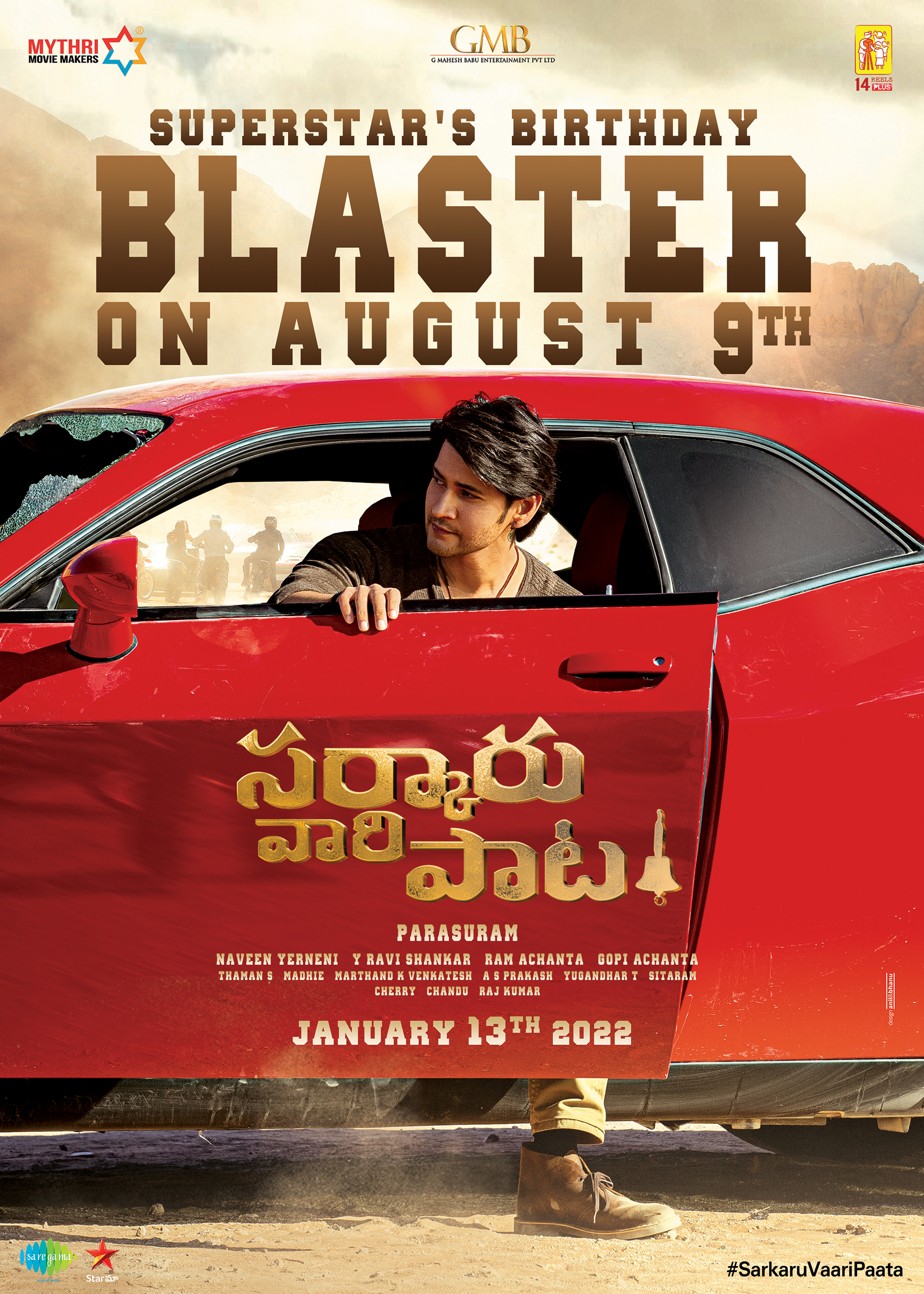 Sharing the poster, Mahesh Babu posted, “Taking off on this whole new journey of action and entertainment! Join us this Sankranthi.”

Sarkaru Vaari Paata is produced by Mythri Movie Makers, GMB Entertainment and 14 Reels Plus banners. The film is being produced jointly by Naveen Yerneni, Y. Ravi Shankar, Ram Achanta and Gopichand Achanta. The music is by Thaman SS, while R Madhi is the cinematographer, Marthand K Venkatesh is the editor and AS Prakash is art director.

'Wearing the uniform of an Army man added adrenaline to my acting,' says, Bhuj: The Pride of India actor Sharad Kelkar; check out his first look