Rana Daggubati and Sai Pallavi-starrer Virata Parvam is a unique and content-driven film where the lead pair will be featured in never seen before roles. Inspired from true events of 1990s, Rana plays the role of Comrade Ravanna who is known by his pen name Aranya. Sai Pallavi will be seen as his admirer named Vennela. Virata Parvam is going to narrate a wonderful love story in the backdrop of war. 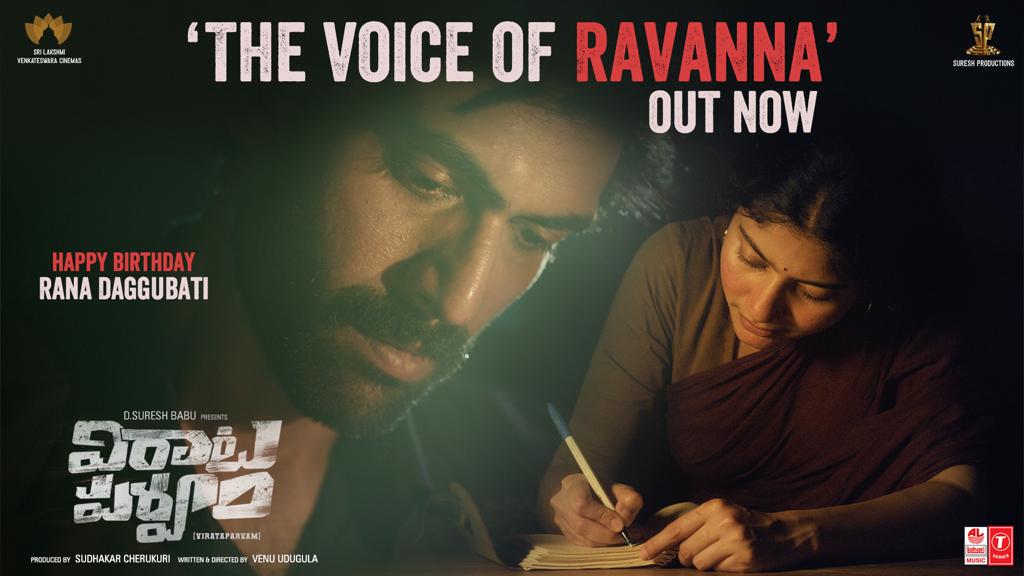 On the occasion of Rana’s birthday, a special glimpse called ‘The Voice Of Ravanna’ has been unveiled. In the glimpse, Rana delivers a powerful speech which is very inspiring. The visuals in the video are similarly striking as it shows the journey of Rana and Sai Pallavi and their love story in the war. The makers have announced to release trailer of the movie on Sankranthi.

The film’s shooting has been wrapped up and post-production works are currently underway. The film’s teaser and first single has already got tremendous response.