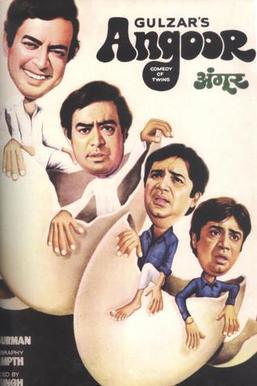 Starring Sanjeev Kumar and Deven Verma in dual roles, the film is remake of the Indian film Do Dooni Char which was a remake of 1963 Bengali language comedy film Bhranti Bilas, that is based on Ishwar Chandra Vidyasagar’s Bengali novel by the same name, which itself is based on Shakespeare’s play The Comedy of Errors 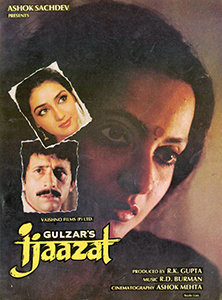 Based on a Bengali story, Jatugriha by Subodh Ghosh, starring Rekha, Naseeruddin Shah and Anuradha Patel in leading roles, the film followed the story of couple who are separated and who accidentally meet in a railway station waiting room and discover some truths about their lives without each other. The film belongs to the art-house genre in India known as Parallel Cinema, and won two National Film Awards in the music category. The movie is based on the 1964 Bengali movie Jatugriha. 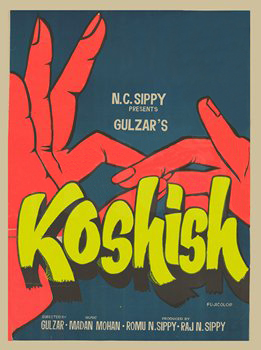 The 1972  romantic drama movie starred Sanjeev Kumar and Jaya Bhaduri and was written and directed by Gulzar. The movie depicts a deaf and mute couple and their conflicts, pain and struggle to carve out a niche for themselves in a desensitized society. It was inspired by the 1961 Japanese film Happiness of Us Alone.The film was remade in Tamil in 1977 as Uyarndhavargal starring Kamal Haasan and Sujatha. 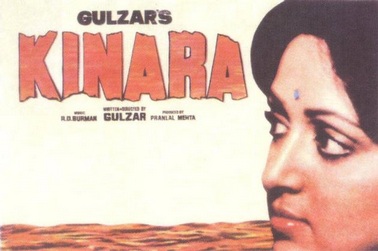 The 1977 romantic drama film, produced and directed by Gulzar under the Meghana Movies banner stars Jeetendra, Hema Malini and Dharmendra with music composed by R. D. Burman. A major portion of the film was shot in Mandu, an ancient fort city in Madhya Pradesh 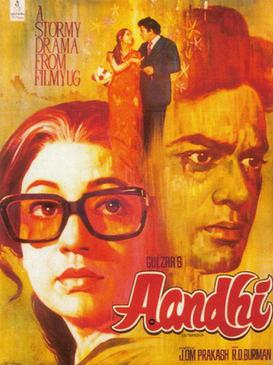 The 1975 Indian political drama film starring Sanjeev Kumar and Suchitra Sen.The story is based on a chance meeting of an estranged couple after several years, when wife Aarti Devi, now a leading politician happens to stay in the hotel run by her husband during an election campaign. The movie is noted for its songs composed by Rahul Dev Burman, written by Gulzar and sung by Kishore Kumar and Lata Mangeshkar. 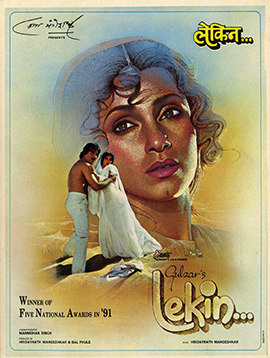 The  Hindi drama mystery  released in 1991, is loosely based on the 1895 short story Kshudhit Pashaan Hungry Stones by Rabindranath Tagore, and stars Vinod Khanna, Dimple Kapadia, Amjad Khan, Alok Nath, and Beena Banerjee, and featured a special appearance by Hema Malini.The film took 4 years to release in theaters, the muhurat clap was given by Cricketer Sunil Gavaskar on 28 September 1987. 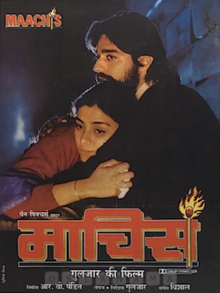 The 1996 Indian period political thriller film was produced by R. V. Pandit. It stars Chandrachur Singh, Om Puri, Tabu, and Jimmy Sheirgill in the lead roles. The film portrays the circumstances surrounding the rise of the Sikh insurgency in Punjab in the 1980s. 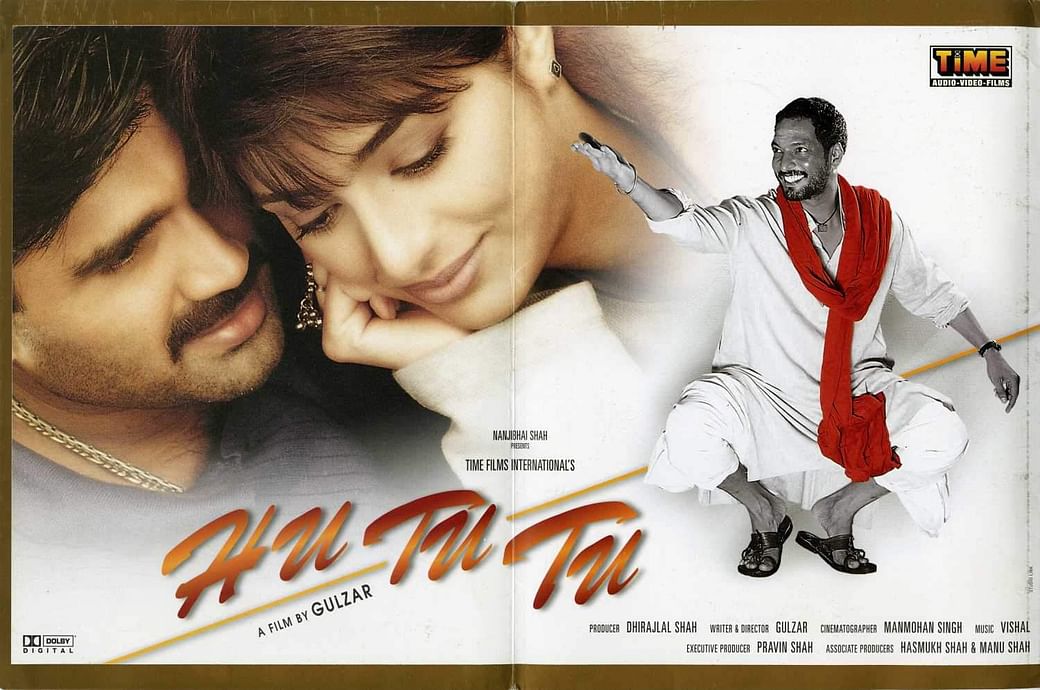 Based on one of his own short stories, the film is Gulzar’s statement on the nation’s pet hate – politics. Hu Tu Tu is about the game politics plays with the life of an ordinary, close-knit family from Shewri village in Maharashtra. Panna (Tabu) sees her mother Malti Barve (Suhasini Mulay) transform from a schoolteacher to a chief minister. The film sees Suniel Shetty and Nana Patekar in pivotal roles.