Cementing their legacy as a forerunner in curating exceptional artistic collaborations, Absolut unleashes yet another stellar production on the occasion of World Music Day.Releasing today via Mass Appeal India across all major streaming platforms, the inclusivity infused woman-power anthem titled ‘Rani Cypher’ is indeed worthy of its’ calls for praise, with the multi-platinum rapper-singer-songwriter- dancer Raja Kumari aka Svetha Rao delivering unfaltering social missives through a collaborative effort that spotlights the potent voices of the avant-garde generation of women music makers.

The track fortifies its’ woman-power credentials with appearances by breakthrough female MCs Dee MC, SIRI and Meba Ofilia. Rocking and flexing on the mic and raising each other up, this exceptional bunch demonstrates that it is time for a change in social perceptions of women in hip hop. Trailblazing and unapologetic, they weave a progressive narrative around breaking free from shackles and running the world. With lyrics that provoke a dialogue on equality, the music video visually juxtaposes the four rappers as queens in this contemporary world. The music video celebrates women in hip hop with appearances by popular Indian artists Meba Ofilia, SIRI And Dee MC

Defined as a feel-good ode to the power of women, the Grammy nominated Indian-American rapper’s latest offering serves as a perfect reminder to power past societal constructs and redeem all forms of limiting beliefs, giving women the permission to own the room. The song is part celebration—an exercise in recognizing the importance of self—and part resistance, serving a demand for veneration. Gender stereotypes are dismantled in the spoken intro verse-, “as a woman in this industry, we have to work harder. we have to be better. we have to do so much more.” The show-stealing anchor verse is a rallying cry, and a mantra rolled into one. “rani, rani, don’t forget that you’re a queen. rani, rani duniya ki shehzaadi. there’s nothing that can stop you now. lift it up and wear that crown”

Regarded as one of the pioneering tastemakers of the hip hop community, a catalyst for change and the poster girl of the counterculture generation, Kumari shines a big light on the spirit of a crown in this new gen feminist rap classic. Powering up the rich storytelling with her slick rhymes, the hip hop empress is seen weaving a layered narrative in the music video of how enterprise and decorum balance one another, oscillating between contrasts – a bold spitfire and a poised temperate introvert. 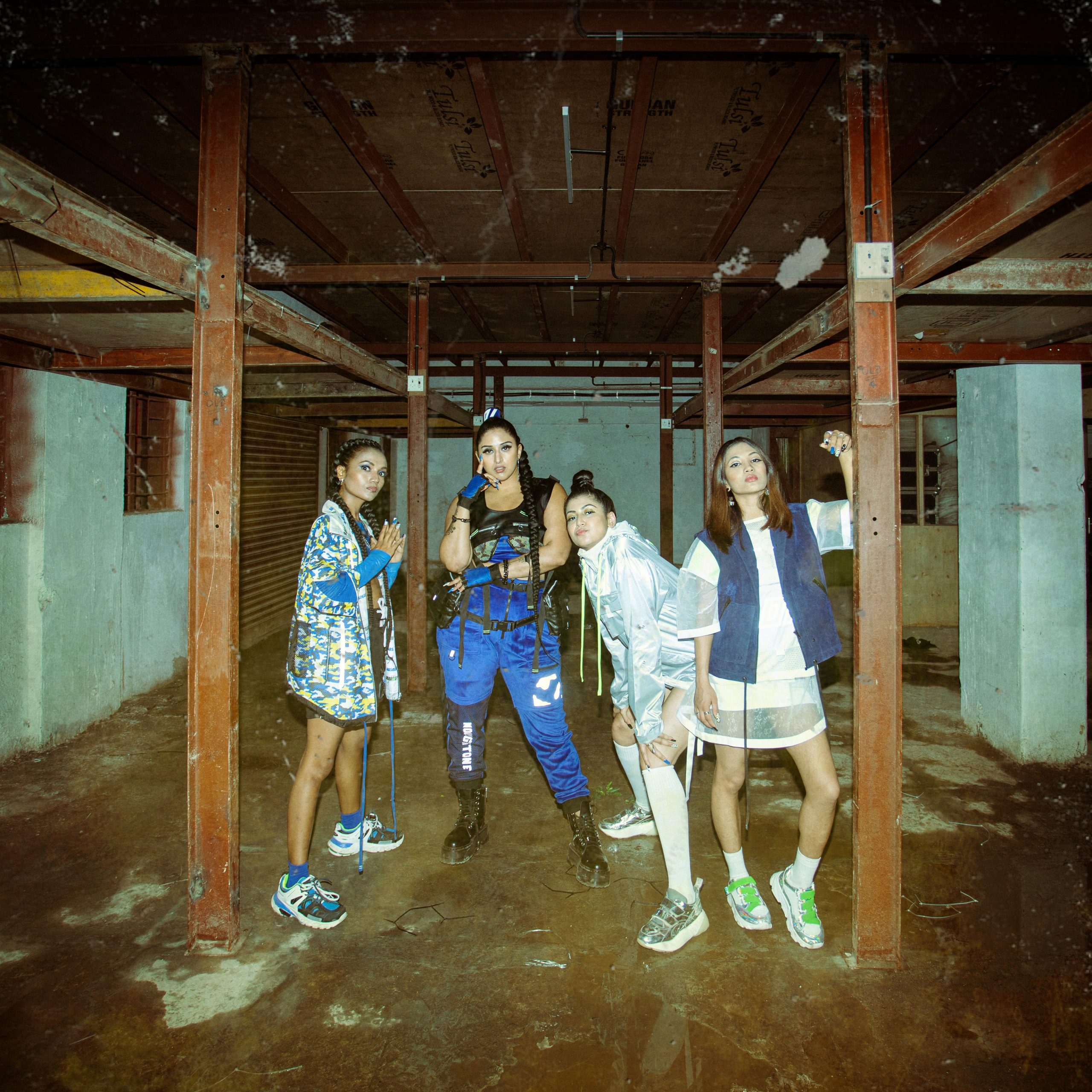 Known for imparting a message of social consciousness through her music the hip-hop heavyweight, Raja Kumari who is seen dishing out some words of encouragement for the ladies in her high-energy, definitive all-female posse cut states, “When I entered the Indian rap scene in 2016, it was rare to see a woman on stage and even more rare to hear a woman on the mic. I decided early on to use my Influence to create a platform for female artists and creatives in order to claim a space that could be safe for all of us. Partnering with Absolut on Rani Cypher has been such a rewarding experience. It’s so exciting to feature Meba Ofilia, Dee MC and SIRI on this all-female rap cypher out of India. From beginning to end, working on Rani Cypher has been a hands-on experience and I’m thankful to have worked with such a talented female led team.”

SIRI says, “So hyped for this one! A much-needed collaboration for the scene. The shoot was super fun – all of us in our element, exchanging positive energy. Props to Raja for getting us together. It’s just the beginning and there’s so much more to come. Female rap is here to stay and conquer.”

Dee MC says, “Super stoked to have worked with these amazing and talented ladies on Rani Cypher. This was definitely in the works for a while and I’m so glad it’s finally happened. Safe to say it sets a benchmark for all upcoming female collaborations.”

Meba Ofilia says, “I’m nervous, yet very excited! Honoured that I got to be a part of this unique project. Definitely a first for me, sitting down in a studio with artists from different parts of India (and the world!) to record a song. Want to thank the entire team for all the love and hospitality! This is definitely one of the highlights of my career”

The Absolut release is more cypher than song with each emcee showcasing her lyrical prowess and commanding composure. It stands up perfectly fine on its own—a rare moment in hip-hop that finds women centering themselves and reaffirming each other, with Kumari proclaiming that “king’s crown on the queen, everything I did, yeah, I did it for the scene”

This is by far, one of Kumari’s most enduring statements and will hopefully reverberate a wave of forward-thinking awareness across the genre, open avenues for upcoming MC’s and be cemented in hip-hop’s annals in times to come.