The film is the first Pan-India Super-hero film

Even as Teja Sajja and creative director Prasanth Varma’s first Pan-Indian superhero film HANU-MAN is in the last leg of shooting, Rana Daggubati unveiled the ‘Badass Evil Man’ Michael from the movie played by Vinay Rai. 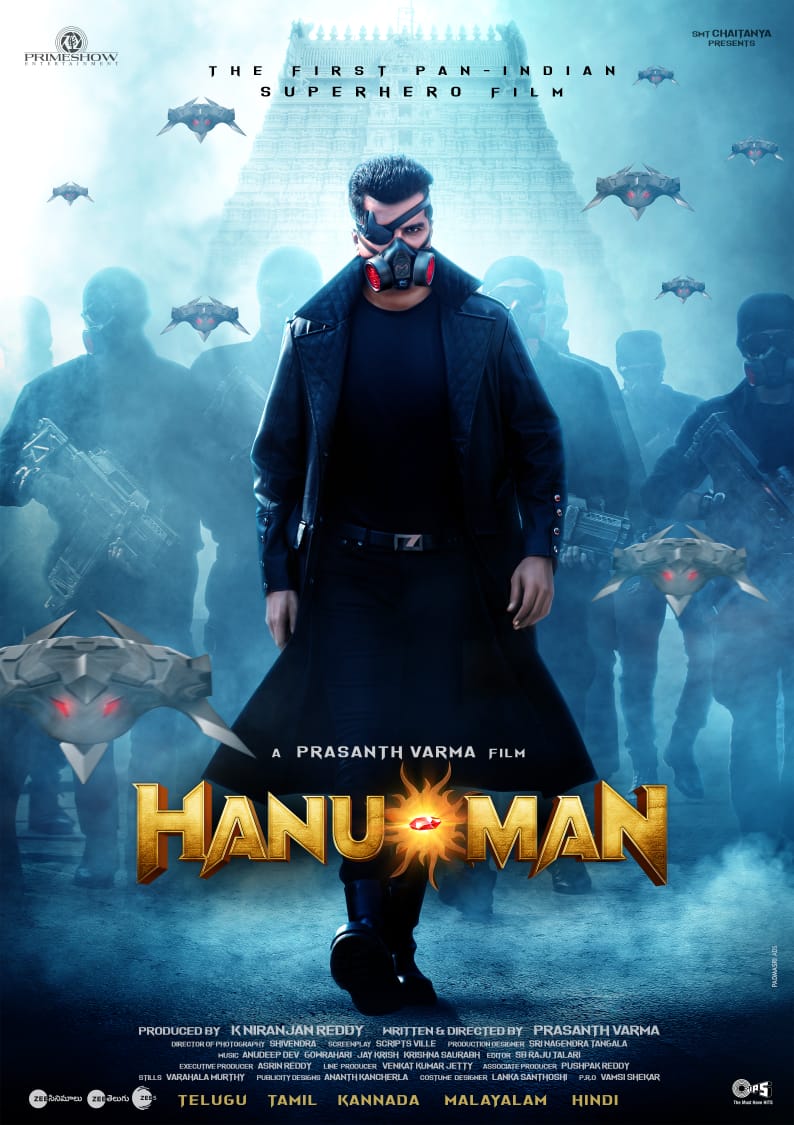 Dressed in a long suit, Vinay Rai can be seen walking ferociously in front of a temple, along with his own army-men who carry heavy machine guns and they are under the surveillance of robotic bats. Vinay Rai also dons a specially-designed gas mask and a pirate eye-patch that add layers to his menacing looks.

Like Joker for Batman, Lex Luthor for Superman, Michael is the supervillain for Hanu-Man. According to sources, he is not the typical super-villain at all. A source reveals, he will have a great character arc and has access to superior technology which is noticeable in the first look poster.

Amritha Aiyer is the female lead, and the film also stars Prasanth Varma, K Niranjan Reddy, and Varalaxmi Sarathkumar is playing an important role in the movie. Primeshow Entertainment is producing the movie on a grand scale with top-grade technicians on board. Four young and talented composers – Anudeep Dev, Hari Gowra, Jay Krish and Krishna Saurabh are providing sound tracks for the film.

6 Points to remind yourself to be mentally and emotionally healthier

Teja Sajja’s much-awaited HANU-MAN to have global release on May 12!