While it is a delight to see South Asian women being central to Regency era series on Netflix, there are some cliches depicting them.

Netflix’s Regency-era show  Bridgerton, introduced a new family in town – the Sharmas.  Simone Ashley plays Kate Sharma, Charithra Chandran plays Edwina Sharma while Shelley Conn played their mother, Lady Mary. Bridgerton has all the makings for a story that hits home for Indians. It is instantly relatable but there are some western cliches that have caught all our attention!

There is a use of the term “Hindustani” as if it were a language (note: it is not). In a scene from the show, Kate says her sister is proficient in many languages “in addition to Marathi and Hindustani of course.”

Kate and Edwina are depicted as characters from Bombay and call their father “appa.” – which places them as South Indians ( Tamils) who live in Mumbai and don’t know their mother tongue but adopt the language of the state they are raised in – Maharashtra.

According to historian Durba Ghosh, a professor at Cornell University, during the Regency, which lasted from 1811 to 1820, many British officials from the East India Company had families with Indian women and often brought those children back to England during this period so they could be raised English. “Probably the most very well-known example of this was the daughter of James Achilles Kirkpatrick, Kitty Kirkpatrick,” she said. A colonel in the East India Company’s army, Kirkpatrick married an Indian woman, Khair un-Nissa. Kitty and her brother, William, were sent to England to be raised by their grandparents. 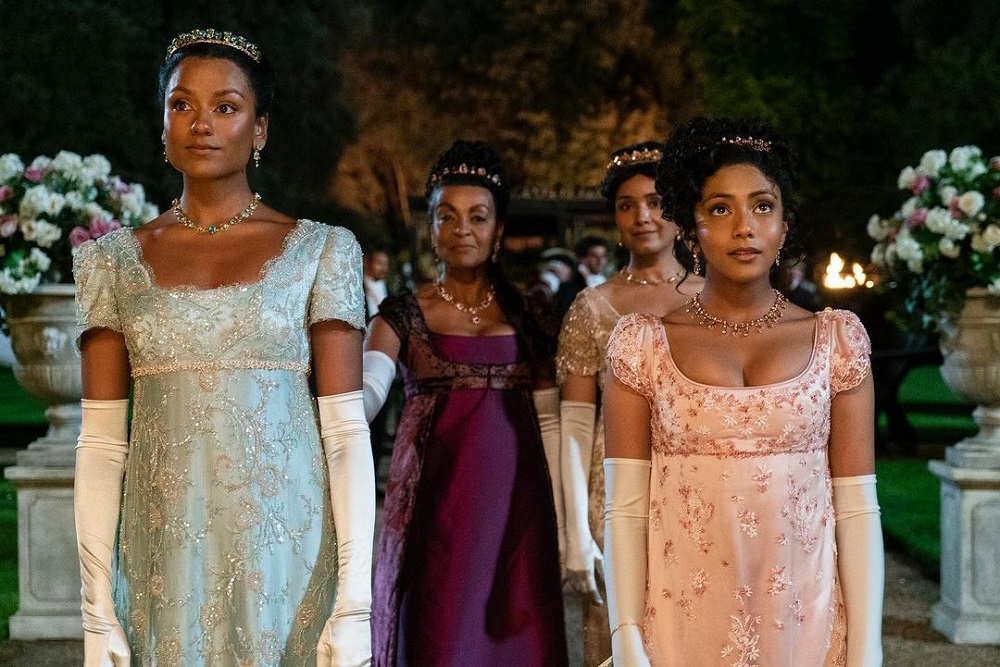 The inclusion of an Indian main character in “Bridgerton” also represents a major step in making historical dramas more diverse, but it’s not the first. In recent years, there have also been the Jamaica-set drama “The Long Song,”  which aired on Masterpiece Theater, the BBC series “Sanditon,” the incomplete Jane Austen novel that features a biracial character, and the Oscar-nominated World War I drama “1917,” which includes the character of an Indian soldier.

The series has a scene where the older sister Kate is oiling the hair of her younger sibling – that is quite a relatable scene to both Indian households. What is interesting also is the haldi scene and the song from Kabhi Khushi Kabhi Gham. There is a scene in the series where  Kate Sharma, who has just arrived from India and dearly misses the colours and flavours of the tea back home. She is shown crushing cardamom pods into a cup of the insipid English version she is served, just to make it bearable.

A good trope used by the film-makers to capture the attention of Indian audiences through these characters while making a case of inclusion of all people when it comes to the visual medium. The series is based on Julia Quinn’s novel The Viscount Who Loved Me, the second in her best-selling Bridgerton series.