The Alia-Ranbir love story is one of the cutest in tinseltown. Ranbir, during the promotions of Highway spoke about Alia Bhatt, who he first met when she was 12 years old. He revealed that technically they were co-stars and even did a photoshoot together for a film called Balika Vadhu that Sanjay Leela Bhansali was directing. The Kapoor and Sons actress was supposed to put her head on his shoulder, but she wasn’t willing. Alia was feeling shy but revealed that Bhansali thought she was flirting with Ranbir. She had then apparently auditioned for Black and that’s when she fell for the suave actor, who was the assistant director to Sanjay Leela Bhansali on the film.

On a 2014 episode of Koffee With Karan, Alia Bhatt confessed about her crush on the actor.“I remember the first time I spoke to Ranbir. You (Karan Johar) called him up when Rockstar just released and you said, ‘Here, talk to Ranbir. Tell him how much you love him’. And I spoke so much rubbish. I was just talking non-stop, and he was like, ‘Yeah, that’s very nice, Alia’,” she said. “Obviously, I have hung out with him after that,” Alia went on to say. “I still think he is really adorable. And I still want to marry him,” she added. 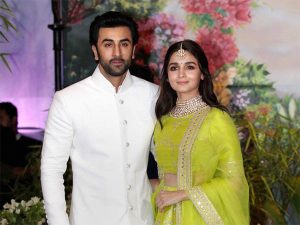 Ranbir Kapoor and Alia Bhatt as a couple later, made heads turn with their glamorous appearance at Sonam Kapoor’s wedding in May 2018.

It was at the 64th Filmfare Awards 2019, in her acceptance speech, Alia had said, “Tonight is all about love; there, my special one, I love you (pointing at Ranbir Kapoor).” And when Ranbir’s name was announced as the winner in Best Actor category, his first reaction was to kiss Alia, who was sitting right next to him.

Meanwhile, on the work front, the duo will next be seen in Ayan Mukerji’s Brahmastra co-starring Amitabh Bachchan, Dimple Kapadia, Nagarjuna Akkineni and Mouni Roy in pivotal roles.

"Why do we shy away from addressing lust," asks birthday girl Pooja Bhatt.