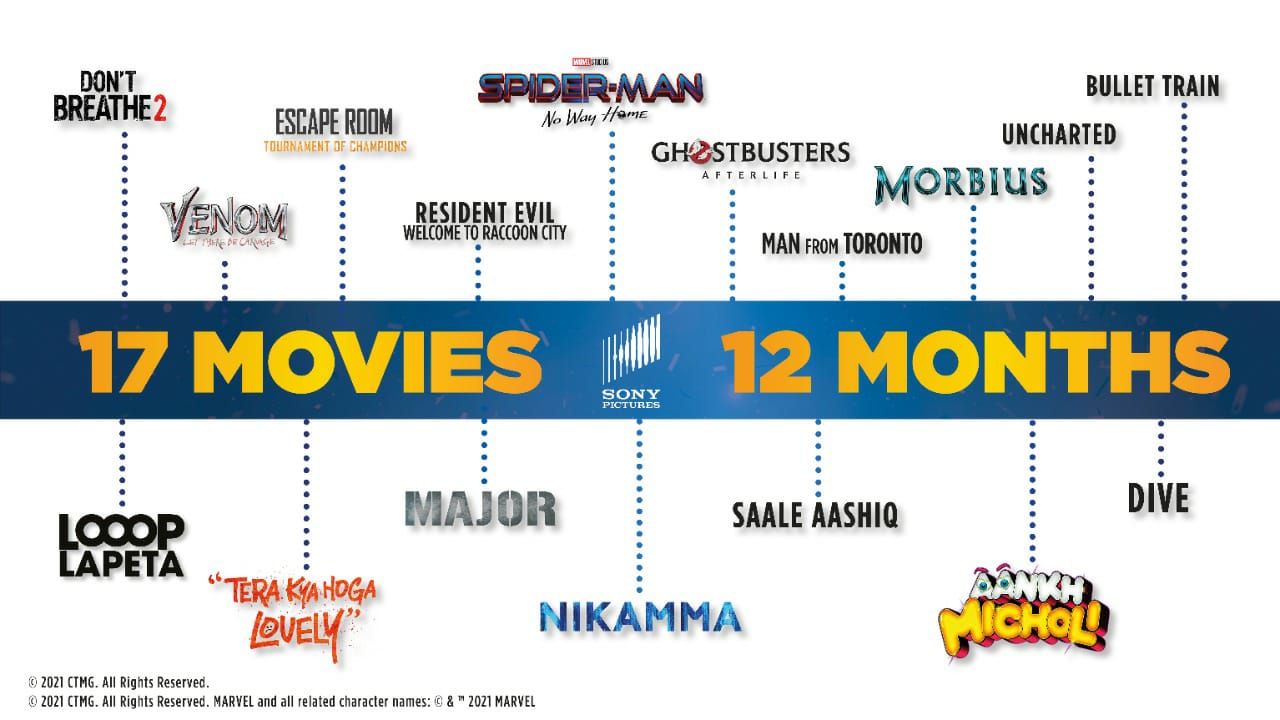 Sony Pictures Films India is all set to have around 17 releases over the next one year. The studio released writer-director Rensil D’Silva’s Dial 100 last month and more recently Helmet. While Helmet marked the directorial debut of Satramm, four new directors will also be launched by the studio this year.

Next in line is Balwinder Singh Janjua’s (famed screenplay writer of Saand Ki Aankh and Mubarakan) directorial debut, Tera Kya Hoga Lovely, starring Ileana D’Cruz and Randeep Hooda, a comedy that taps into India’s unrelenting obsession with fair skin. Set in the backdrop of Haryana, the film chronicles the story of a dusky girl tamed by prejudices and biases held by the Indian society against dark skin. The film is written by Balwinder Singh Janjua, Rupinder Chahal and Anil Rodhan.

Then there’s Looop Lapeta directed by Aakash Bhatia and starring Taapsee Pannu and Tahir Raj Bhasin. This is the official adaptation of the German film Run Lola Run.

The studio has joined hands with Ram and Amita’s Ram Madhvani Films for a big-screen underwater thriller Dive. Nitin Parmar a well-known ad filmmaker will mark his directorial debut with this.

Their film Saale Aashiq – helmed by debutant duo Siddharth -Garima – is a unique take on honour killings. Among films by seasoned directors is the Sabbir Khan directorial, Nikamma an action entertainer with Abhimanyu Dasani in the lead along with internet sensation Shirley Setia and Shilpa Shetty-Kundra.

Major is based on the life of Major Sandeep Unnikrishnan who was martyred during the 26/11 attacks. Directed by Shashi Kiran Tikka, the film stars Adivi Sesh in the lead role along with Sobhita Dhulipala, Saiee Manjrekar, Prakash Raj and Revathi. Produced by Sony Pictures Films India, Mahesh Babu’s GMB Entertainment and A+S Movies, the bilingual film has been shot simultaneously in Telugu and Hindi and will also be released in Malayalam.

Sony Pictures’ Hollywood offerings include one of the biggest films of the year, Spider-Man: No Way Home. For the first time in the cinematic history of Spider-Man, our friendly neighbourhood hero is unmasked and no longer able to separate his normal life from the high-stakes of being a Superhero. When he asks for help from Doctor Strange, the stakes become even more dangerous, forcing him to discover what it truly means to be Spider-Man. The film is directed by Jon Watts and stars Tom Holland, Zendaya, Benedict Cumberbatch and will release worldwide on December 17, 2021.

Venom 2- Let There Be Carnage in this second offering from the franchise, Tom Hardy returns to the big screen as the lethal protector Venom, one of Marvel’s greatest and most complex characters. Directed by Andy Serkis, the film also stars Michelle Williams, Naomie Harris and Woody Harrelson, in the role of the villain Cletus Kasady/Carnage. The film will hit Indian cinemas on October 15, 2021.

Don’t Breathe 2 is a horror thriller directed by Rodo Sayagues and stars Stephen Lang. This is a sequel to the 2016 much-appreciated film, Don’t Breathe and was released on September 17, 2021, garnering good numbers at the box office over the first weekend. The sequel is set in the years following the initial deadly home invasion, where Norman Nordstrom (Stephen Lang) lives in quiet solace until his past sins catch up to him.

Escape Room 2: Tournament of Champions is the sequel to the psychological thriller and box office hit that terrified audiences around the world. In this installment, six people unwittingly find themselves locked in another series of escape rooms, slowly uncovering what they have in common to survive and discovering they’ve all played the game before. The film is directed by Adam Robitel and stars Taylor Russel, Logan Miller and Deborah Ann Woll.

Ghostbusters – Afterlife is a supernatural comedy directed by Jason Reitman and stars Carrie Coon, Finn Wolfhard, Mckenna Grace, and Paul Rudd. When a single mom and her two kids arrive in a small town, they begin to discover their connection to the original ghostbusters and the secret legacy their grandfather left behind.

Uncharted is based on one of the best-selling and most critically acclaimed video game series of all time. It tells the story of Nathan Drake and his first adventure with rival-turned-partner Victor “Sully” Sullivan. Starring Tom Holland as Nathan Drake and Mark Wahlberg as quick-witted, wise-cracking Sully, ‘Uncharted’ will introduce audiences to how Nathan Drake becomes the treasure hunter, as he unravels one of history’s greatest mysteries and treasures in an action-adventure epic that spans the globe. Directed by Ruben Fleischer, the cast includes Antonio Banderas, Sophia Ali and Tati Gabrielle.

Morbius is another much-awaited superhero film directed by Daniel Espinosa. One of Marvel’s most compelling and conflicted characters comes to the big screen as Oscar winner Jared Leto transforms into the enigmatic antihero, Michael Morbius. Dangerously ill with a rare blood disorder and determined to save others from suffering the same fate, Dr. Morbius attempts a desperate gamble. What at first appears to be a radical success, unleashes a darkness inside him and transforms this healer into a hunter.

The Man From Toronto is an action comedy directed by Patrick Hughes and stars Kevin Hart, Woody Harrelson, Kaley Cuoco, and Ellen Barkin.