She calls herself annoyingly focused. At 16 years of age, she was preparing to be a radio jockey and pursued it with great zeal and interned at a radio station too, But, when she met her mentor, her life changed. You Tuber and influencer Prajakta Koli who goes by the name Mostly Sane, then turned her sights towards digital media and since then, there has been no looking back! A web-series watched and lauded by many and now a Bollywood film Jug Jug Jiyo. Manju Ramanan catches up with the insanely talented Prajakta Koli.

You play a geeky genius in Mismatched on Amazon Prime? How much of the character is you?

Bits and parts here and there. I look up to her focus. I was like her when I was 16-17 years old. I was annoyingly focused and determined to become an RJ.  But she is ‘sadu’ (serious and morose) and I smile every now and then. I admire how strong she is and that she is young, doesn’t mind making mistakes. Like her I followed my dream, though I changed my dream mid-way. I started in 2015 and we have actually completed 6 years and a month now!

How did you feel when you shot your first video back in 2015? YouTube wasn’t as popular then as it is now?

I was very very nervous. Every person who had an internet connection would watch this video and even if I perish in 100 years, these videos were there to stay. When that hit me, I panicked. I accepted what I was doing and was open to learning and making those mistakes. The team guided me through everything. I wasn’t shy but nervous yes! 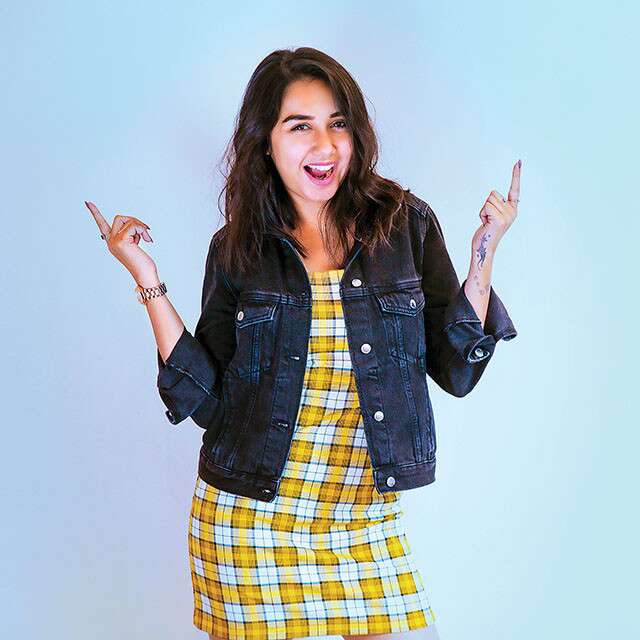 Any embarrassing moments in the initial years?

Yes yes! It was the third video or one among the first ten that I had created – on, if Game of Thrones was made in India. It is still the cringiest thing I have ever made. I have never been able to top that. It is a personal low for me. When I look at it today, sometimes I feel I should delete it. But I don’t because I grew through it and today we can share a laugh on it.

You aren’t just about comedy. You have addressed issues be it body positivity, internet hate, girl’s education and more.

It wasn’t planned like that. That is my personality. It wasn’t as if I designed it that way saying that now I have done comedy, let me venture into issue-based content. Be it body positivity, internet hate, homophobia, girl’s education, my audience has extremely vocal and open about what they are going through and nine out of ten things they tell me, I will pick it up and talk about it. I am not the person to sit down and tell the audience what to do. I find a lot of pride in the fact that I can talk to my audience and not talk down to them. Conversations like these, I feel, do bring about a change.  YouTube has been supportive to make these conversations. That is how I went to UN for the first time and took part in the girl’s education campaign.

And then you met Michelle Obama!

Since I was the Indian ambassador for YouTube’s global program Creators for Change , I was invited in October 2019 to feature in that year’s series centered around girls’ education with Michelle Obama, American YouTuber Liza Koshy, and South African vlogger Thembe Mahlaba of ‘Pap Culture’.

Were you nervous again?
Who says no to an email from YouTube saying we want to shoot a video with Michelle Obama. (giggles) The Obama foundation empowers girl’s education in a non-conventional way. I was at the Prerna Girl’s School in Lucknow where I met Dr Saini, the most magnificent teacher who is innovative in her approach to girl’s education.  I shot in Lucknow, Liza shot in LA and Thembe in Namibia. And then we met for tea with Michelle Obama. How do you prepare to meet her? I am a queen of foot-in-the mouth and can say the strangest things when nervous but when she walked in, she gave me a warm hug. She is tall, beautiful and a hugger. Suddenly, it was just a bunch of girls talking about how education was for us when we were younger. During that one and a half hour I forgot that there were cameras rolling. The most inspiring thing about her is that she is so normal that she doesn’t know that she is Michelle Obama. 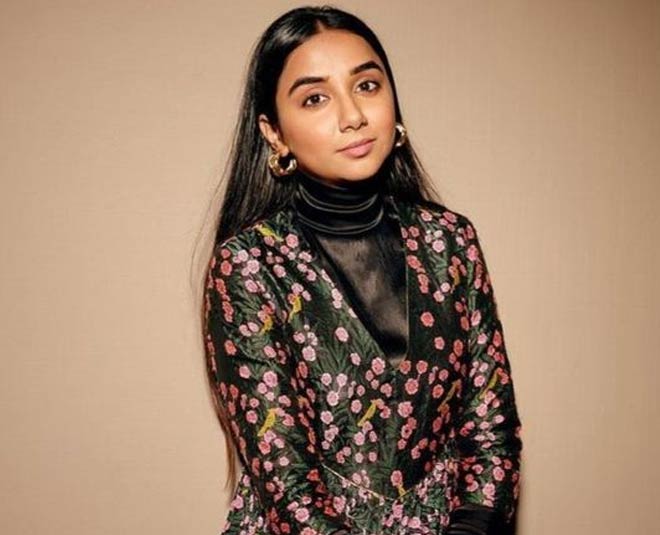 How have journalists reacted to you?

I have had many friends from the journalist fraternity and we have a mutual admiration society. Yes, some of them joke around saying ‘Hamaari job lel lo” (take our jobs) and then I tell then, you come onto YouTube, take my job! (Laughs)

What is insane about Mostly Sane?

Insanity moments as a term, is very subjective. What is insane for me might be sane for you. My bar for embarrassment is very high and I don’t think I have thresholds anymore. Once I was shooting a video and had to wear a star on my face and was wearing a silver body suit. I told my team I will walk from the studio to the office in the suit and I did. I even bought veggies on the way. But what I think is insane is how people are so good at math. Mathematics doesn’t figure in my radar of thoughts at all and I was terrible at it in school.

I was a very average student but good in extra-curricular activities such as elocutions, debates, poetry, dance, theatre and drama and teachers liked me too. But I would only score in English Hindi, Marathi and French.

Lines are blurred today between Bollywood, OTT, TV and Social media? How do you see the change?

You are right. You don’t know where OTT ends and films start. There was a clear distinction once between TV, OTT, radio and Bollywood. Today, Bollywood actors make films, are judges to TV reality shows, have their own YouTube channels as well. It is now, all about content creation, not so much about followers.  Everything is a board full of content. So many times, the content is something you can bank on that is win-win for everyone. I was thrilled to bits when I got the call for Jug Jug Jiyo. I had already done Khayaali Pulav but this one had me dreamy-eyed. I just looked around the set and felt unreal!

I am a little crazy with discipline and sticking to a schedule. I have gone through skipping content blocks because I didn’t give myself that luxury of time. I treat it like a job. I personally think that if I have a brand delivery to do, I cannot say I am not feeling creatively charged. I get up every day, open my laptop and chose to do it. Very rarely do I not want to create a video. I love making content. It might be bad or good content, but if I break this cycle, I’ll keep giving me the luxury time and again. 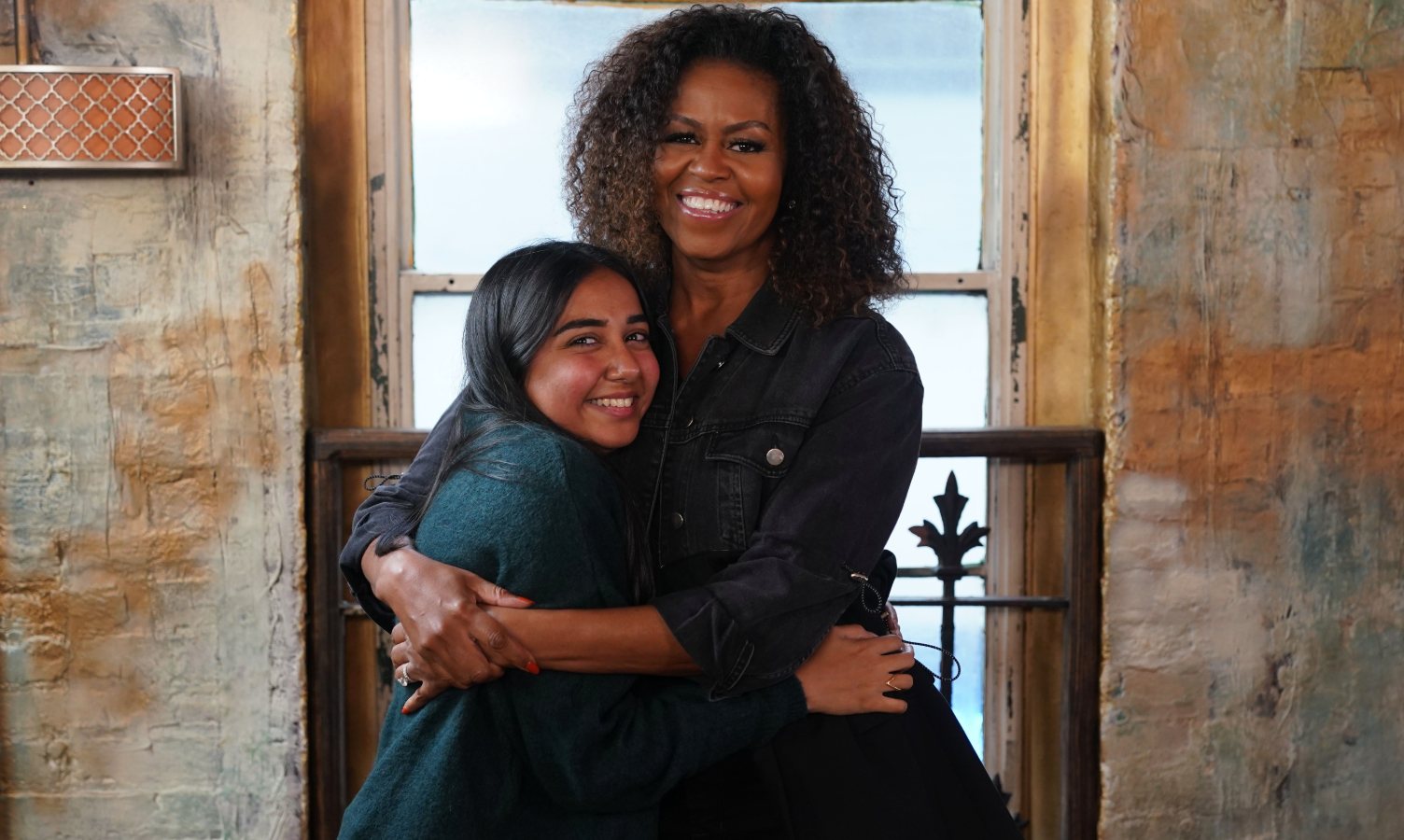 What should YouTubers never do?

Don’t have a face on. Audiences are sharp enough to know when you are bluffing or slyly trying to sell a product. Be you!

Any memories of Dubai?

Oh yes! I also love the older part of Dubai like the Gold souk and the Spice souk.

But I also love the city because I am a shopaholic. I had just started earning and Dubai was my first ever trip abroad. I bought the sneakers – Adidas Superstars worth Rs 7000 and that was the most expensive sneakers I had owned. I actually slept with them that night. I hugged them and went to bed with them.

I have always had the hugest crush on Hrithik Roshan. I was six years old when Kaho Na Pyaar Hai released but I didn’t meet him till I grew up and he came to the radio station where I interned. He was promoting Bang Bang. I was told specifically by my boss to not go near him. But when I saw him I felt I didn’t care for the job, I am an intern after all and did a small video with him. Sudeep my mentor was travelling with Hrithik’s entourage then, told me that I had a certain vibe about me and that I should call him. I was all happy with my picture with Hrithik and didn’t bother.  In a few weeks he kept insisting and I gave it a shot. It was 12th of February 2015. Then I quit my RJ stint and moved on totally to creating digital content. When we hit 100,000, my team surprised me with a visit to Hrithik Roshan.It was during Super 30 and we shot a video with him too. My highest point was when he told me he watched and enjoyed Mismatched!