All Things Filmy, Bollywood, Entertainment, Features, Filmy, Regional Cinema, Web Series
3 weeks ago
by Manju Ramanan
0
As his super hit musical film Tum Bin clocked in 20 years, musician Nikhil Kamath expressed gratitude as his film continues to be loved years after its release in 2001.
Nikhil Kamath says “I feel really proud and blessed that I was a part of such a memorable film like “Tum Bin”. It was an experience which I cherish from the bottom of my heart. There was so much trust , love and affection between all of us. Bhushan Kumar had complete trust and faith in our abilities and Anubhav Sinha was also in great spirits.” 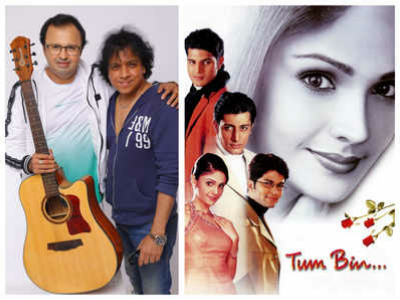 He further added “The songs are still relevant and remembered today because they were composed with complete freedom given to the composers and unit.  Bhushan Kumar trusted us and Faaiz Anwar . He was also new and gave us a free hand. We kept melody in all songs. In the long run good lyrics and melody works. We took great care to see that the orchestration suits the situations of the songs. Though we modernised the musical orchestration we used violins and all original instruments to highlight the songs. The songs were well picturised by Anubhav Sinha in Panavision colour. The script and the story made the film Immortal.”
Tum Bin is best known for its memorable soundtrack composed by Nikhil-Vinay, the beautifully melancholic Koi Fariyaad sung by legendary ghazal singer Koi Fariyaad
The film starred relatively lesser-known actors and newcomers – Priyanshu Chatterjee, Himanshu Malik, Sandali Sinha and Raqesh Vashisth – in leading roles. The songs from the film are still very popular.
The film was remade in Telugu as Ela Cheppanu (2003) starring Tarun and Shriya Saran. A commercial success at the time of release, the film has been considered as a cult classic over the years. A sequel of the film, Tum Bin 2 (2016) starring Taran (Neha Sharma), Amar (Aashim Gulati) and Shekhar (Aditya Seal), follows the life of Karan who loses her fiancé Amar in a skiing accident.
Previous Article