Cancer warrior and Southern film actor Mamta Mohandas shot her Malayalam film Meow in RAK and was in Dubai shooting a Tamil film. This gritty girl from Bahrain has been through a slew of health issues that includes breast cancer relapses twice and has ploughed her way through her life and her work with grace and panache. Manju Ramanan speaks to her

You chose to live alone in LA during your treatment?

Yes, that was my decision. I was dying and wanted to battle it on my own and I did. I am an only child and I told my parents I would go alone and live. It was 2014 and I had surrendered to my condition. I had a long list of things I wanted to do like travel the world with the love of my life and here I had no time. So, I moved to LA for treatment and decided to face everything head on! I discovered true love, self-love and so much love that I lived!

Tell us about working in RAK during the pandemic?

In the past, I have worked through the chemotherapy, so this was easy breezy. Also, the film’s topic is light and it is a family drama shot indoors. The RAK terrain is different. It is not a terrain I have not seen before but since I have an international driving license, right from day one of the shoot I rented a car and drove around. I love driving and started exploring the terrain when I wasn’t shooting. I have been to the wadis, the hotels and the vast spaces of RAK. I also did the zip line on the mountains. And, I gorged on hummus. I love Arabic food and there was this restaurant called Al Bait that I frequented often.

Are you careful about your diet?

You can say I am mindful. Everything I do is directly related to my health. I am not a crazy fitness freak but since the last twenty years, if I missed my workouts, I would run for 20 minutes daily. I grew up in the Gulf like a fat kid bingeing on burgers and fast food but things changed. 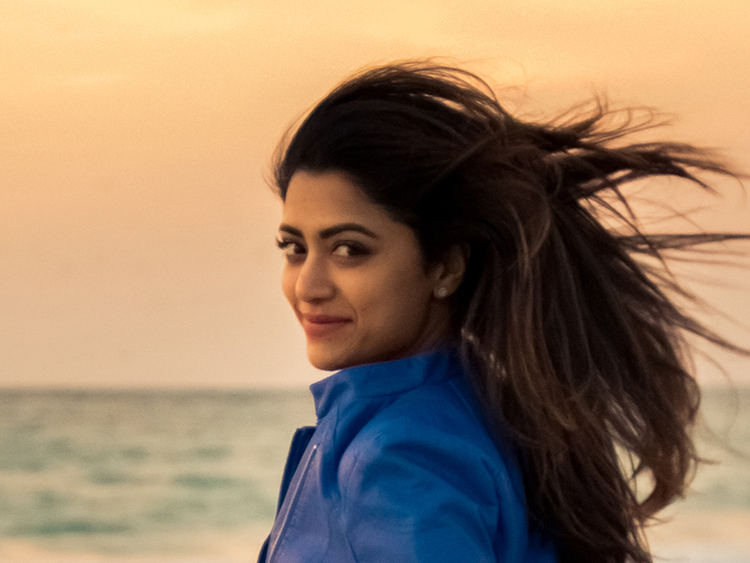 Deepika Padukone was your junior in school?

Yes, she was. After Bahrain, I was sent to Bangalore to study and we were in the same school. We also did a Goa trip together. Since I was educated abroad, those were the days I was getting to know India. Then cinema happened.

Do you peel off emotions from your personal life to portray a character onscreen?

Most actors do that and I did that too. Actors tend to live a fragmented life because it gives them material to act out characters onscreen. My cancer relapses helped me to be a better artiste and I used that pain for screen. It is very easy. You don’t need glycerin because you carry that energy. But why my own health, I have dug into my own life and relived a ungrieved moment from real life too. I had lost my boy-friend in college who had a crazy death. I was in films by then and hadn’t mourned him. Then there was this scene in a Malayalam film where the character I play loses her husband. I tapped into that personal space and then cried naturally. I realised that in my acting then, I was actually mourning my friend. But we learn to dissociate too. Every emotional scene need not necessarily need a personal experience to draw from.

Ranveer Singh is set to make his television debut ?

5 things you need to know about your suncreen!