As SRK works on his well acclaimed film Pathan with Deepika Padukone and John Abraham playing a negative role, the buzz is that Shahrukh Khan and Sanjay Dutt are coming together in a multi-lingual film titled Raakhee, bankrolled by Viacom18.The powerful duo have a major fan following and have a great camaraderie off screen but were never cast together.  They were briefly seen in Ra. One and a song appearance in Om Shanti Om.

As per the Times Of India report, the two stars are currently shooting for the film in Mumbai. Both stars share a great rapport off-screen but were never seen together on-screen. Hence the project is surely a treat for their fans. 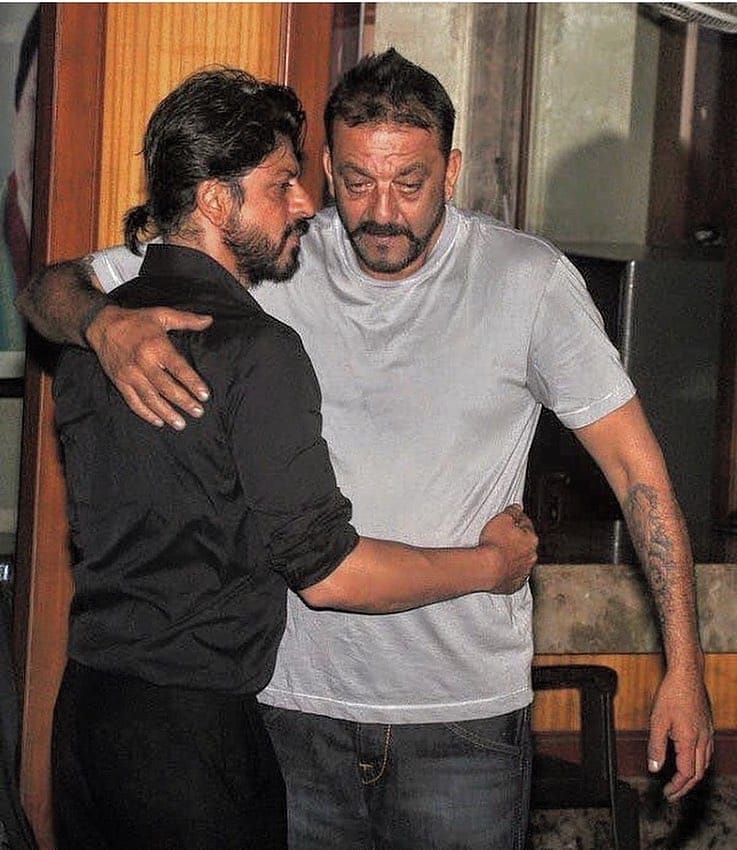 Sanjay Dutt will be seen in Prashant Neel’s directorial Pan India film KGF: Chapter 2. He will be seen opposite Raveena Tandon, Yash, and Srinidhi Shetty. He will also appear in Abhishek Dudhaiya’s war drama Bhuj: The Pride of India alongside, Ajay Devgn.

SRK on the other  will also be seen in Tamil director Atlee’s film titled Sanki. Reportedly, he will be playing a double role – that of a special forces officer and a gangster. He is also said to collaborate with Rajkumar Hirani for a social comedy film on immigration. Reports also claim that the storyline would move from Punjab to Canada.

Waiting to see both powerhouse performers onscreen together!