Celebrated lyricist, filmmaker, poet, author and screenwriter Gulzar is easily one of the most iconic figures of Indian cinema. The legendary wordsmith weaves magic with his words with a distinct style that none has been able to replicate. And his verses ring true as much today as they did back in 1963 when he made his debut as a lyricist with Bandini (1963). Now 57 years – a Padma Bhushan, five National Awards, 21 Filmfare Awards, an Academy Award, a Grammy Award, the Dadasaheb Phalke Award, the Sahitya Akademi Award and a multitude of acclaimed songs and films – later, the maestro continues to reign hearts with his lyrical gems and cinematic treats. From films like Anand, Mausam to Mere Apne and now to Kaminey, Jab Tak Hai Jaan, Raazi and The Sky is Pink… the lyricist has found fans in every generation and across all ages. And on his 86th birthday today, while it is near impossible to club his greatest melodies in such few numbers, here’s presenting some of the legend’s most-loved and our all-time favourite songs: 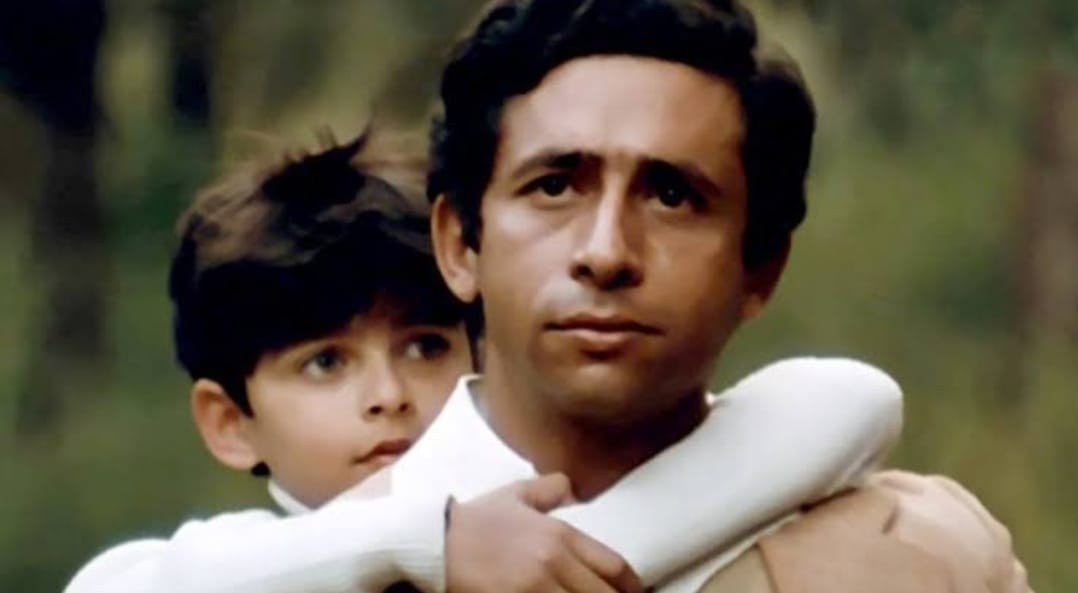 Higher on lyrics than the music, it’s impossible to listen to the heart-touching number and not feel a lump in the throat. Picturised just as beautifully on Naseeruddin Shah and Jugal Hansraj, the lyrics capture the ethos of the situation perfectly.

This heart-breaking number aces when it comes to mesmerising lyrics. The pain, the longing of what was and what could have been between a couple that grows apart, is encompassed beautifully within its verses. That it was picturised on two acting greats – Sanjeev Kumar and Suchitra Sen, and sung by an equally legendary pair of singers Lata Mangeshkar and the late Kishore Kumar – just made the song all too perfect! 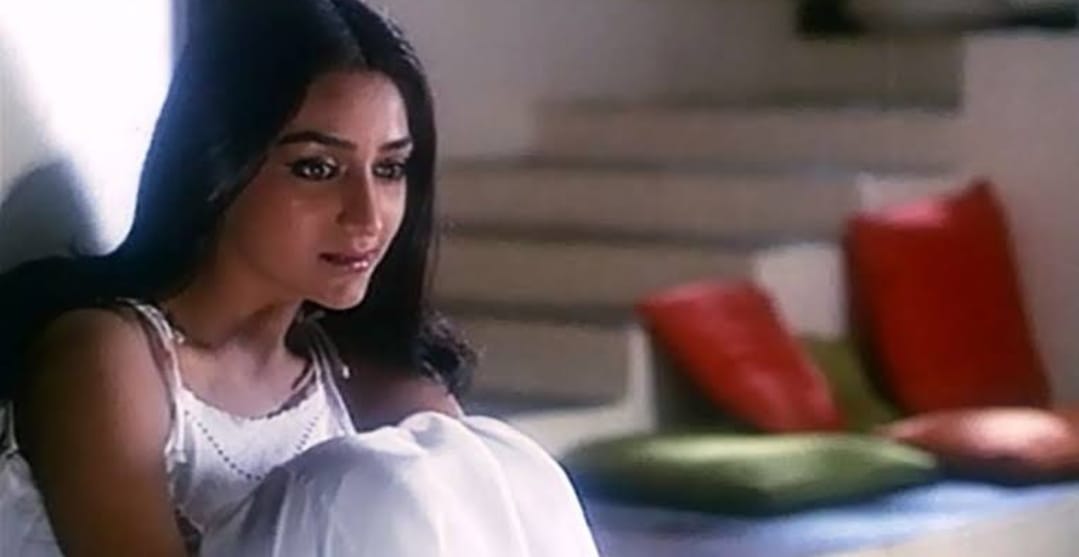 The beauty of Gulzar Saab’s works lie in the simplicity and the song epitomises that. Sung by Asha Bhosle and shot on Anuradha Patel, the words convey love, regret and heart-break in this emotional drama directed by Gulzaar saab himself. 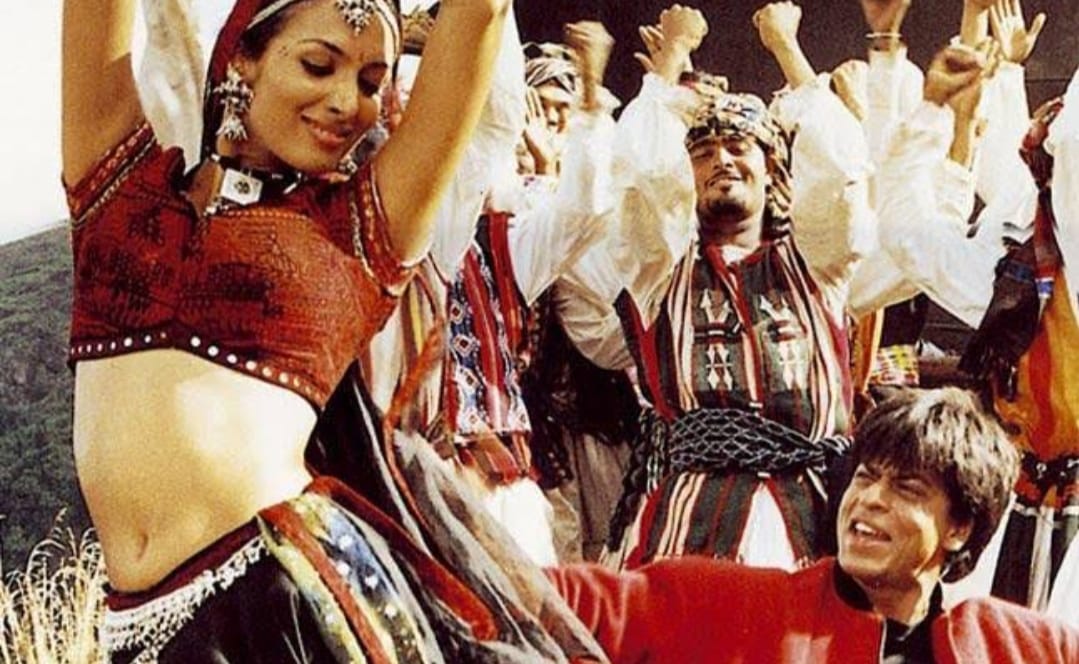 While one song takes forward the narrative with its deep and meaningful lyrics, the other resonates with the fun and vibrant mood of the situation and Gulzar saab aces both opposites of the spectrum equally brilliantly. Topped by Malaika Arora’s sensuous dance  and SRK’s energetic moves atop a moving train, Chhaiya, Chhaiya is one of the most memorable tracks for Bollywood buffs. 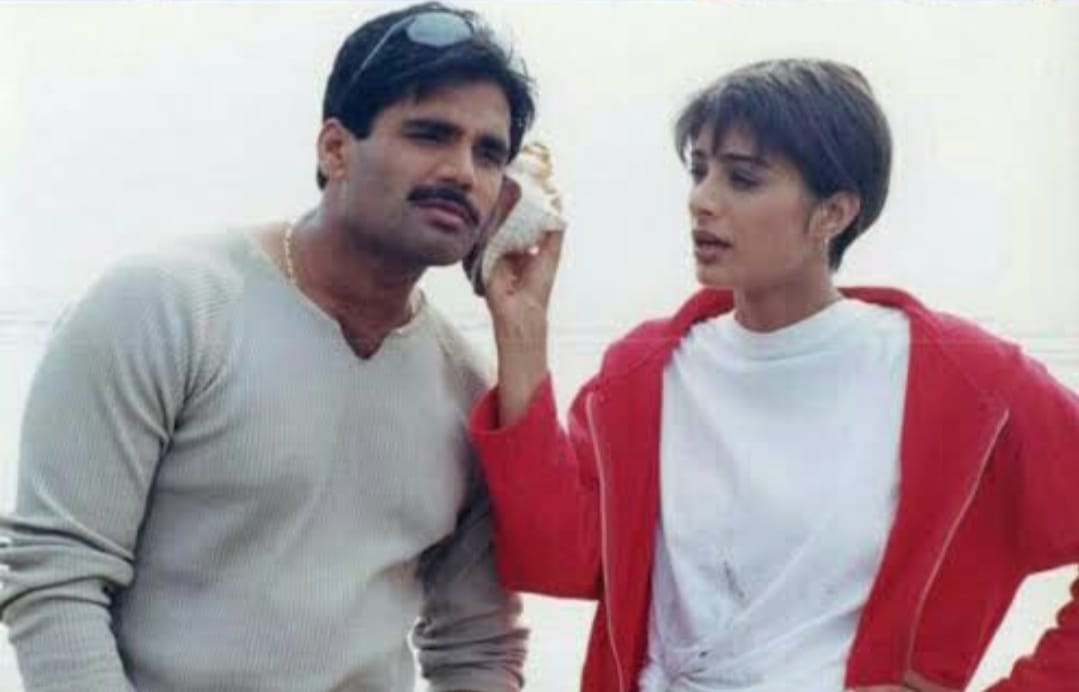 Rendered beautifully by Lata Mangeshkar and Hariharan, the light-hearted song shot on the effervescent Tabu and Suniel Shetty captures the fun moments and the chemistry between the lead pair. The song stood out for its simplicity and realism. 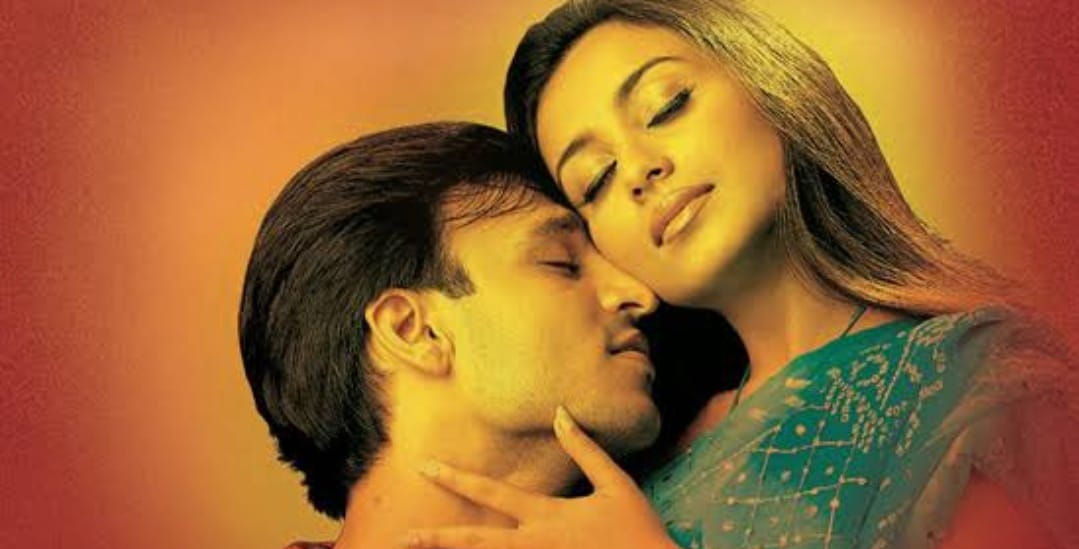 This number again is a classic Gulzar with simple words capturing the moments beautifully shot on Rani Mukerji and Vivek Oberoi. The relatable lyrics flow seamlessly on the screen as a beautiful love song. 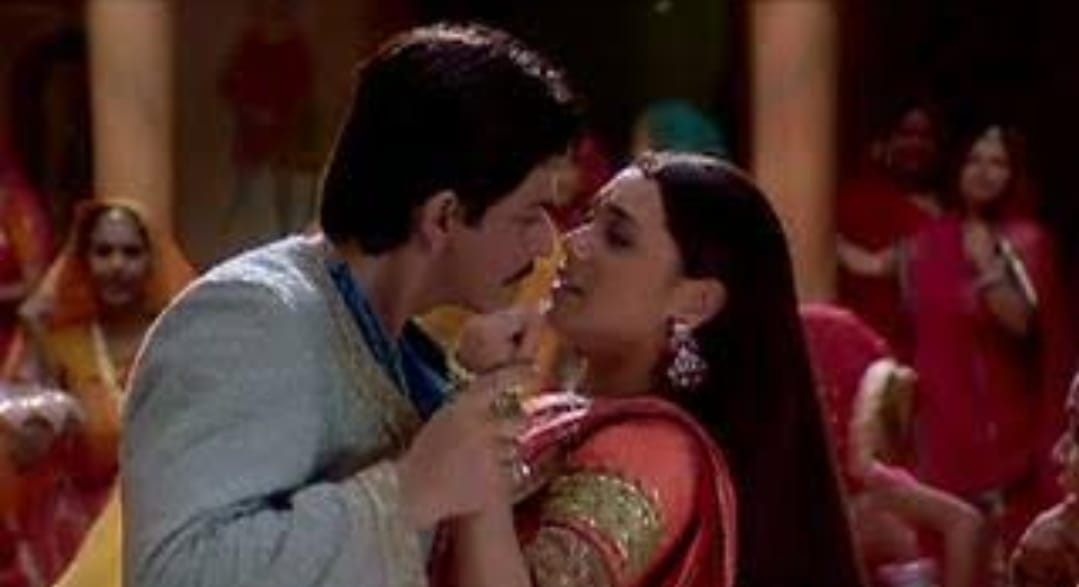 Dheere Jalna (Paheli, 2005)
Shot on the Badshah of romance Shah Rukh Khan and the stunning Rani Mukerji, the song between the screen lovers is full of passion and further fuelled by Sonu Nigam’s mellifluous voice. 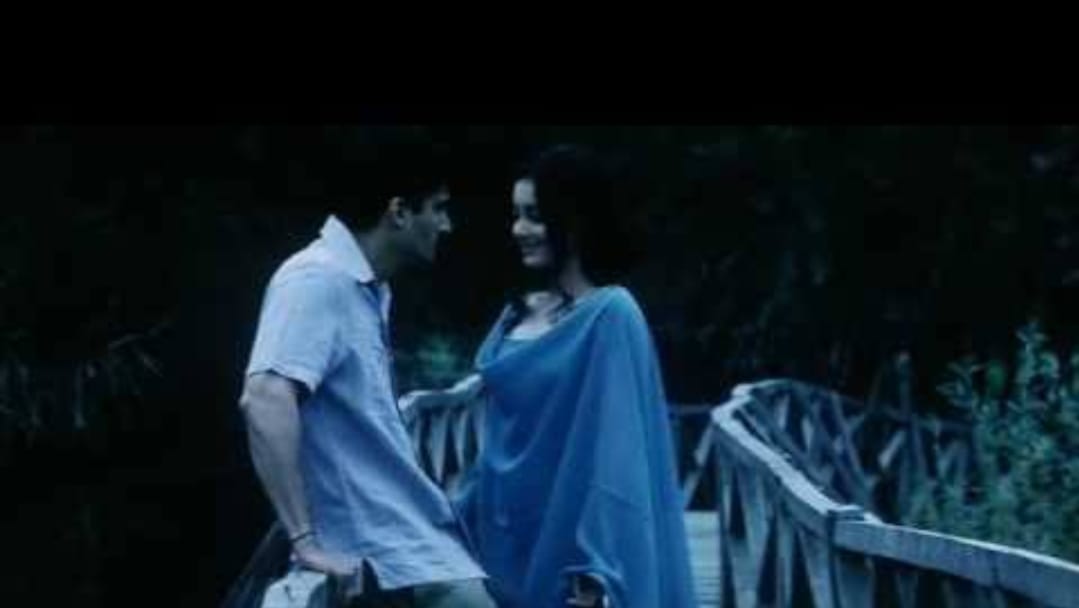 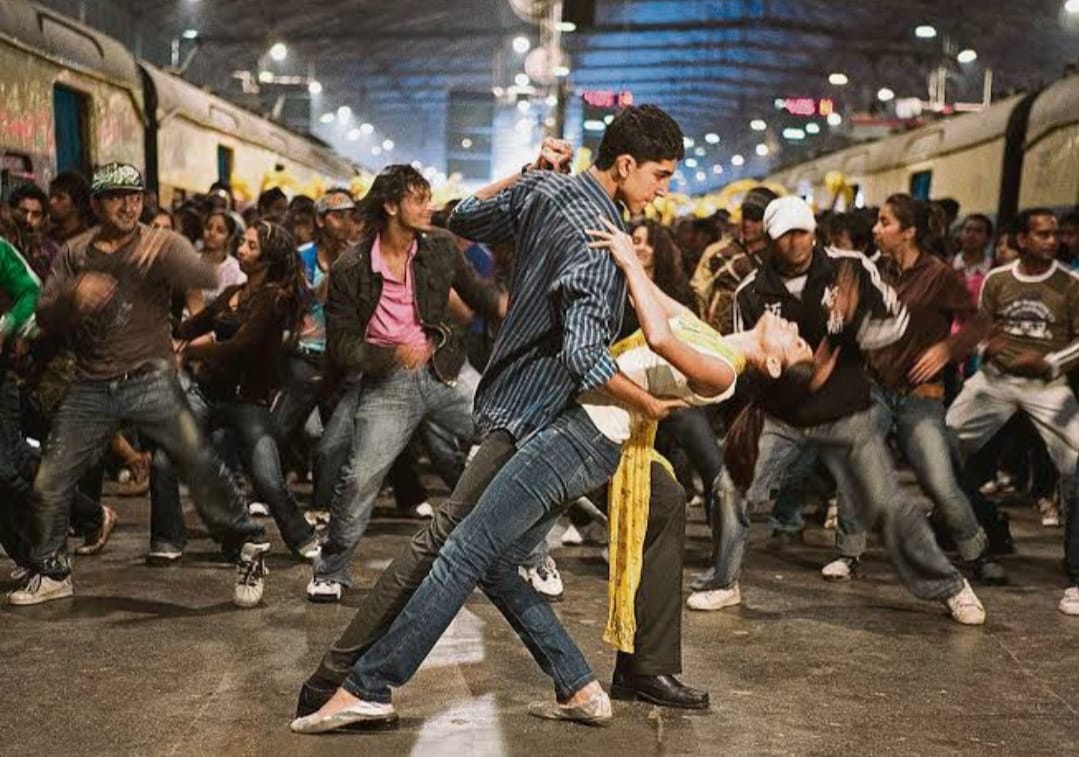 Set to AR Rahman’s foot-tapping music, this one picturised on Freida Pinto and Dev Patel fills you with a zeal and josh that’s inspiring to say the least. Topped with the simplest of words that are woven marvellously into some of the most beautiful verses, it became the anthem of music-lovers across. Sample the lines:
Ratti ratti sachi maine jaan gavayo hai
Nach Nach koylo pe raat bitayee hai
Ankhiyon ki neend maine phoonko se udaa di
Gin gin tare maine ungli jalayi hai 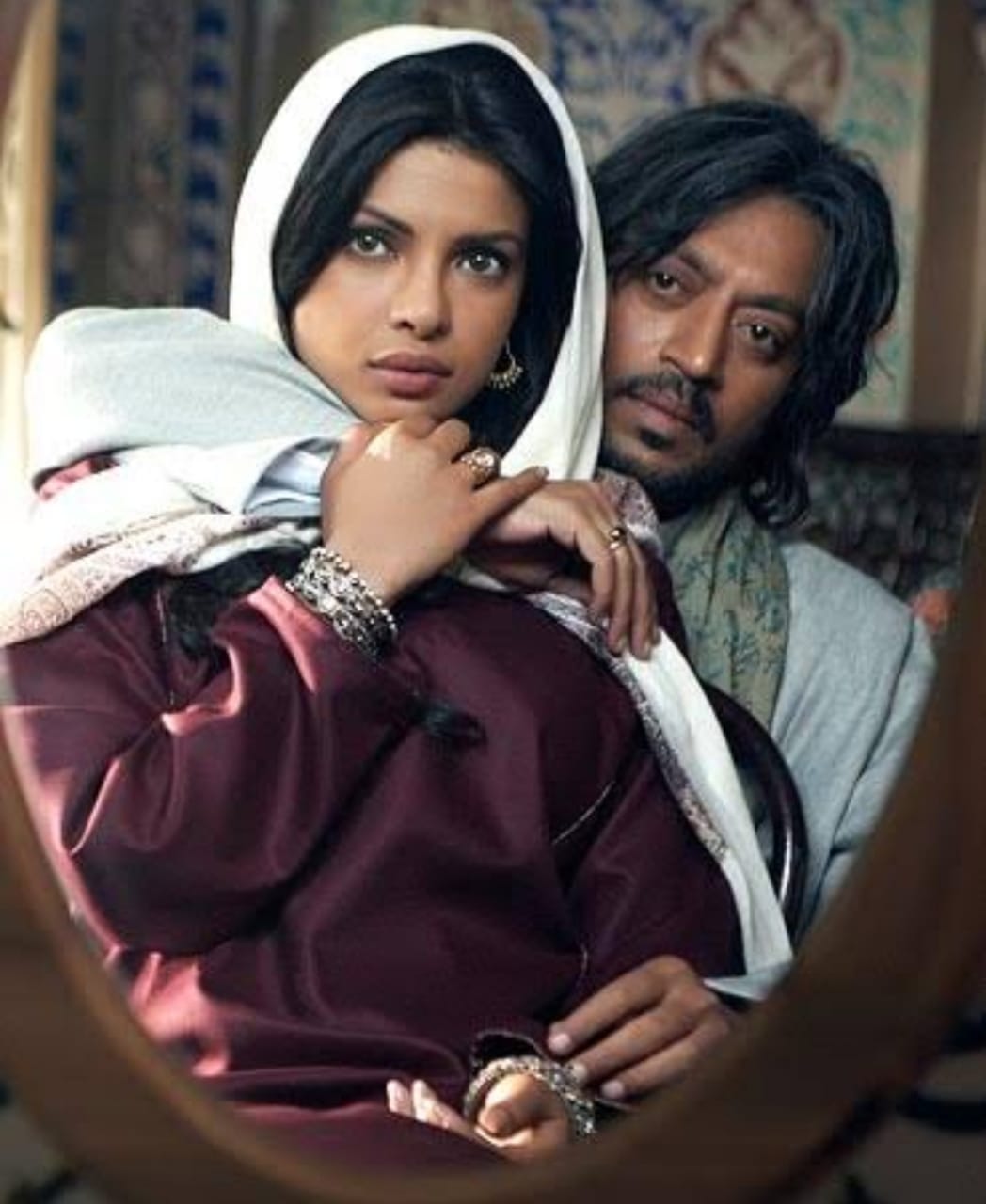 The subtle sensuality that the lyrics of the song brings forth has our heart! Picturised in a beautiful montage and a dark colour palette on the late Irrfan Khan and Priyanka Chopra Jonas, the song sung beautifully to the music of Vishal Bhardwaj is a haunting number that lingers on all senses long after you’ve heard it.

So which of these Gulzar songs are your favourites?

Hats off to the fashionistas!